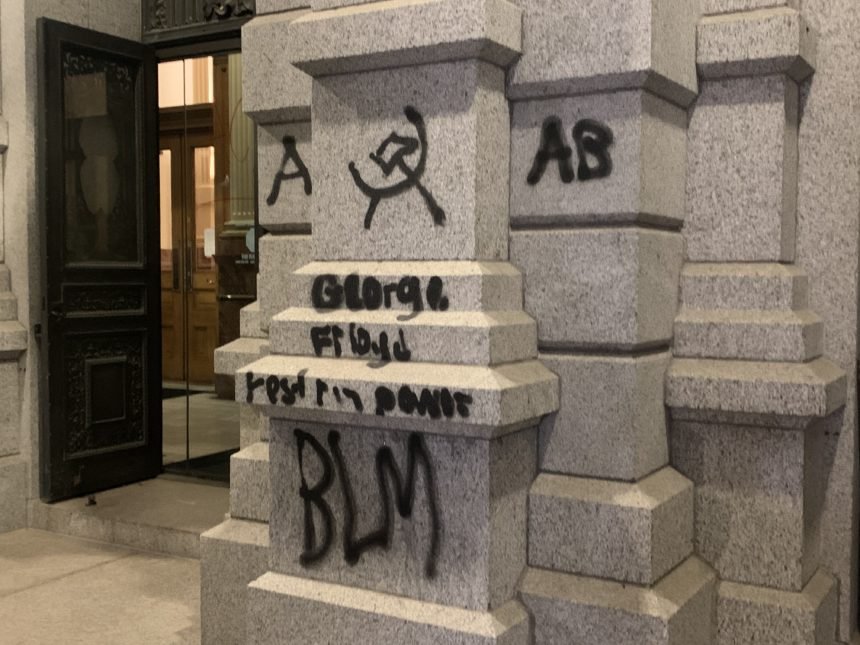 DENVER (KRDO) -- Broken glass, spray paint, garbage and leftover tear gas canisters were left strewn about the streets of Denver after what started out as a peaceful protest quickly turned to violence.

Protesters gathered at the State Capitol before spreading across downtown Denver to protest the killing of George Floyd.

Tyler Gosey, who was involved in the protest at the capitol, said, “Tensions were obviously high. But then guards started pushing people and I think that’s what really got people sparked because they were already upset and they kind of just wanted to be heard.”

During Thursday night's protest, Gosey was detained by police. When we ran into him Friday morning he had just been released from jail and was still wearing jail shoes.

“Some of the guards, as I said, were using force; some of us tried to stand our ground and that’s when I was detained, first in the street by two or three different guards and then in the grass by like six, maybe. Then I was put in a cop car and a few others were arrested as well,” said Gosey.

After spending a night in jail, Gosey says he feels “discouraged” about how things played out last night.

“Maybe there was other ways to go about it. Maybe it’s something that will take awhile but this has also been going on before the 60s so how much longer does it have to continue?”

“I don’t think that every person here was in the right mind nor do I think every cop is bad. But the approach on everything that happened, I don’t necessarily think was the best.”