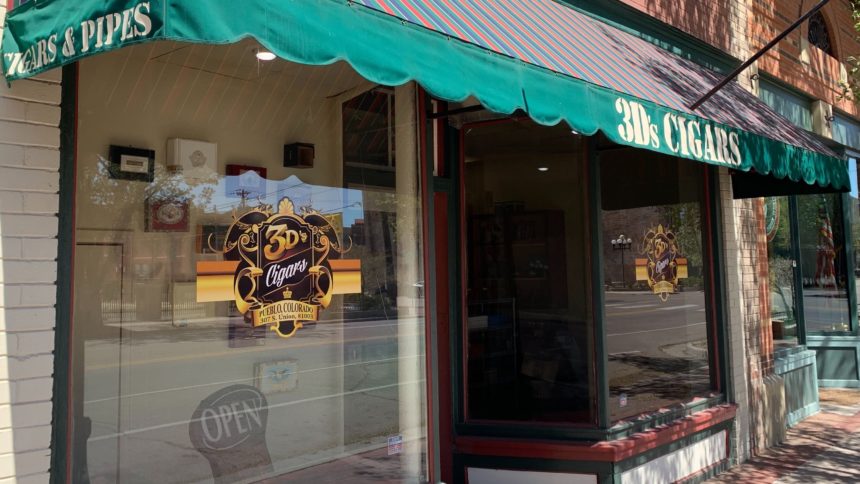 PUEBLO, Colo. (KRDO) -- The owner of a cigar shop in Pueblo is pointing out what he calls an unfair enforcement of a public health order: why should he shut his cigar shop down when marijuana dispensaries and liquor stores can still operate?

That's what Doug Hatton, the owner of 3D's Cigar Shop on S. Union Ave., is saying. On April 1st he got a notice from the Pueblo County Department of Public Health saying that his business needs to close as part of a public health order implemented to prevent the spread of COVID-19.

Throughout the month of March, Hatton's business remained open while following social distancing guidelines. Only allowing one customer into the shop at a time.

Since closing Hatton says his business has been completely shut down. Like so many other non-essential businesses throughout the state of Colorado it has been difficult to pay rent and utilities while their is no income coming in.

On a day that many are flocking to dispensaries to buy marijuana for 4/20, Hatton says it's unfair that he's being told to stop selling tobacco products.

“I would love to ask the governor why it this way," said Hatton. "While recreational marijuana five years ago was an illegal product here in the state of Colorado, today it is essential to our economy? It is an essential industry? Explain that to me? I don’t understand.”

“I think it’s just a government oversight,” said State Representative Bri Buentello who believes small businesses like 3 D's Cigars is just as essential as recreational pot shops or liquor stores. “I think it’s nothing short of a government oversight that small businesses like this can't continue to operate under those same premises following health code guidelines during this pandemic.”

Buentello says she has reached out to Governor Jared Polis' office looking for a remedy to the issue.

KRDO reached out to Pueblo Health Department on why tobacco shops are closed and recreation pot shops remain open. Their reply was because it says so in the Governor's public health order.

KRDO also reached out to Governor Polis’ office with the same question and are still awaiting a response.