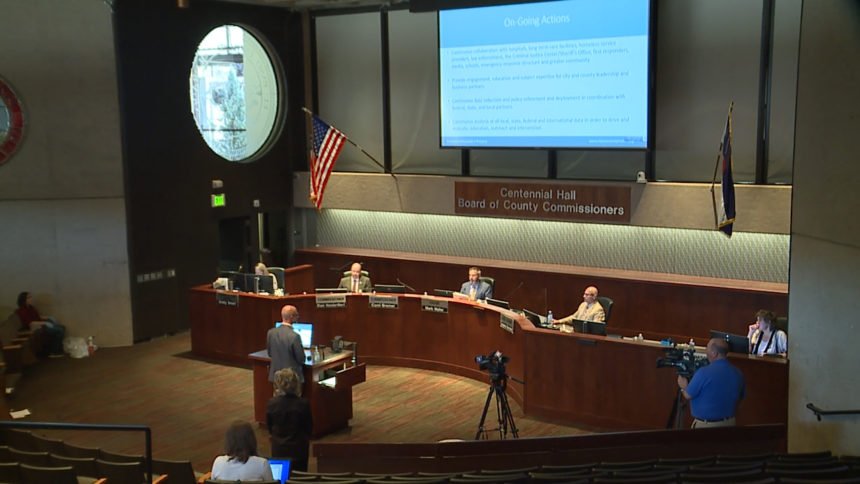 COLORADO SPRINGS, Colo. (KRDO) -- On Tuesday, the Board of County Commissioners here in El Paso county met with Dr. Leon Kelly, Deputy Medical Director for the Health Department, to help provide an update on the COVID-19 numbers locally.

According to Dr. Kelly, the case fatality rate here in El Paso County is among the highest in the nation at 5.2 percent.

“This isn’t about panic, this isn’t about terrifying people, this is about giving the citizens the accurate, true information so they can say yeah, I see it,” said Dr. Kelly.

Dr. Kelly would go onto stress the importance of social distancing saying this is on pace to be much worse than when H1N1 hit a decade ago.

“We’ve got 3,000 dead Americans. In all of the H1N1 in a two-year span, we lost 12,000 Americans. And so in essentially a month, we are well on our way to eclipsing those totals and probably will in the coming weeks.”

So the question now is if someone is infected, how does El Paso county respond?

“If one individual is positive, and we contact their contacts and one of their people is sick, then we have to reach out to that person's contacts ... and then we just continue to branch out that way,” said Dr. Kelly.

Kelly shows that overall, El Paso County is doing better in limiting the spread than other neighboring counties.

“Despite being the most populous county, we are well below several other counties that are smaller in total number of cases. So I think that speaks to the level of commitment that our community has.”

“Much of our efforts moving forward have to be focused on those at-risk populations. Because that’s the group that’s going to end up in the hospitals."