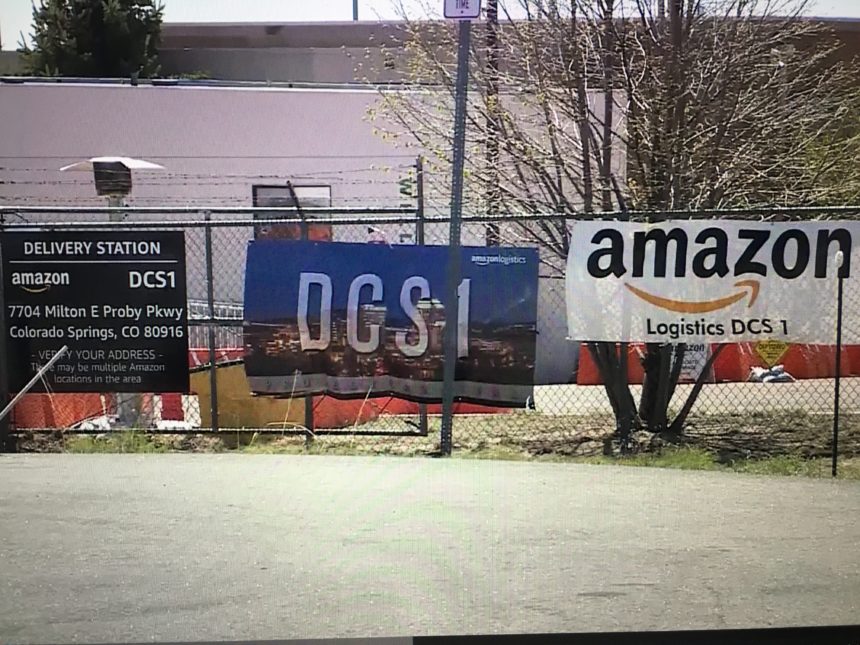 COLORADO SPRINGS, Colo. (KRDO) -- Amazon, the worldwide technology and delivery giant, has confirmed plans to supplement its current operation at the Colorado Springs Airport with a major expansion that will create more than 1,000 jobs.

In a release issued Thursday, Amazon announced it will open an 800,000-square-foot fulfillment center to process customer orders, and likely will expand the center to four million square feet.

It's believed that the center will be one of the largest buildings in Colorado when it opens, and be across the road from Amazon's year-old delivery facility.

Amazon said jobs will start at $15 an hour and include full benefits and opportunities for educational advancement. When the openings are available, people will be able to apply online at this link. An estimated timeframe for hiring hasn't been given yet.

Amazon arrived in Colorado Springs in 2018 by building a temporary delivery facility and then opened a larger facility last fall.

"Construction will start soon and take around 15 months to finish," he said. "So it should be ready by June of 2021. Amazon isn't getting any tax breaks for this project. It's happy with the success it's having in Colorado Springs."

Both Amazon properties are along Peak Innovation Way, on the southwest end of the airport's business park, called the Peak Innovation Park. Preliminary work has already begun to extend that road a short distance to connect with South Powers Boulevard.

Local economic developers said with plans to build two hotels in the park, and the Amazon expansion, the park is poised to attract more businesses and boost the economically depressed southeast side of the city.