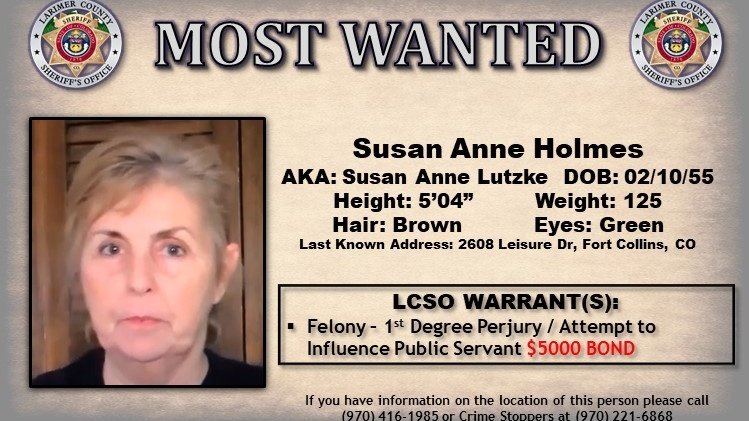 DENVER (AP) - Colorado authorities have issued an arrest warrant for a woman accused of lying when she filed a petition seeking to take away the guns of a university police officer who killed her son.

The Denver Post reported Thursday that the Larimer County sheriff's office is seeking the arrest of Susan Holmes on suspicion of first-degree perjury and attempt to influence a public servant.

Holmes said in the petition that she and the officer shared a child together, but later said it wasn't true.

Holmes did not immediately respond to a reporter's call.