The aftermath of Hurricane Ian left Julie Emig and Vicki Paskaly devastated when they returned to what was once their “dream home” for the first time since the storm hit one week ago.

Residents of Florida’s Sanibel Island — which remains cutoff from the mainland — were allowed back for the first time Wednesday, with a warning that they could be shocked when they returned to their hard-hit community. Emig and Paskaly, who have lived on Sanibel for the last two years, said they did not expect it to be unrecognizable.

“I can’t believe the destruction,” Emig told CNN through tears as she and her wife looked at the field of debris in front of them. “It’s incomprehensible that a storm, a hurricane, can wipe us all out like this in just a few hours.”

The walk from the shoreline of Sanibel Island to Emig and Paskaly’s home was less than a mile along a windy, sandy road. On the way, the couple saw a familiar bright blue street sign lying mangled in the mud in a pile of twisted gutters, blankets and branches. They also passed a large banyan tree that had many of its branches twisted and snapped, with one large branch lying in front of a neighbor’s garage.

As they neared their home, Paskaly said with a heavy sigh: “I’m afraid to turn the corner.”

Sanibel’s reopening to residents came the same day President Joe Biden visited Florida to see Ian’s destruction first-hand. The President, who received an aerial tour of the damage in Fort Myers, was also briefed by Gov. Ron DeSantis and other Florida officials on the response to the storm and recovery efforts.

“Today we have one job and only one job,” Biden said at a news conference Wednesday afternoon. “That’s to make sure the people of Florida get everything that they need to fully, thoroughly recover.”

Every single home on Sanibel Island is damaged in one way or another, and people have lost everything in some cases, Vice Mayor Richard Johnson told CNN’s Pamela Brown Wednesday. Ninety-five percent of homes on Sanibel Island have been visited by urban search and rescue teams, Johnson said, adding that the city is now looking forward to rebuilding, which brings its own concerns.

“We’re absolutely concerned about rebuilding. This could happen again, and it will happen again,” Johnson said. “However, we will be prepared. We will rebuild, and we will rebuild stronger and better than we were before.”

At least 125 people have been reported killed as a result of the storm — 120 of them in Florida and five in North Carolina. As of Tuesday night, Florida data provided to CNN reflected at least partial information for 72 of the state’s storm victims. Of those 72 deaths, drowning was listed as a “possible” or known “circumstance” in the deaths of 40 people.

More than 1,000 search and rescue personnel have combed through 79,000 structures across the Sunshine State, DeSantis told reporters Tuesday, with more than 2,300 rescues logged.

Search and Rescue teams will begin secondary searches of damaged and destroyed homes on Sanibel Island Thursday, according to city manager Dana Souza. Teams will not enter homes unless they have reason to believe that someone needs assistance.

But it’s still unclear how many people remain missing.

Officials are compiling a list of those who remain unaccounted for, Florida Division of Emergency Management Director Kevin Guthrie said Monday.

Statewide, more than 270,000 customers still have no power Wednesday, according to PowerOutage.us, many of them in hard-hit Lee and Charlotte counties. Many schools also remain shuttered, some hospitals are still struggling to provide care and boil-water notices remain in place in some areas.

“Unfortunately, this tourist season will be nonexistent,” Johnson said. “We are not going to be prepared to accept our tourists at this time.”

‘How do you even start with this?’

When Emig and Paskaly finally made it to their house on Sanibel, they were in awe of the damage.

Their “dream home” was still standing, but the lower level was “unlivable.”

As Paskaly walked around the debris that was their front yard, Emig looked over the couple’s pool, now covered with warped metal and trees.

“It’s gonna be a long time before we swim in it, huh?” Emig said, adding they need to be careful of displaced alligators.

The chaotic scene left Paskaly in a trance. She had only expected parts of their screen enclosure to have fallen, she said, covering her mouth — “How do you ever start with this?”

In their garage, the couple found an item on top of a shelf filled with water, leading them to believe the surge reached at least 5 feet. The floor was slippery from being covered in sludge. Their Mini Cooper — filled with mold and water — was ruined.

“I knew I was going to lose it, but you just look at all of this and it’s like 5 or 6 feet of water in here and it’s like where do we start?” Emig said through tears.

Inside, they discovered their refrigerator in their lower level apartment was on top of the counter and their kitchen island was on its side.

Others also felt the wrath of Ian. Anddy Garcia, owner of property management company Sanibel Home Concierge, had to tell several clients what they had been dreading to hear: Their homes were beyond saving.

“It’s totally devastating to hear them on the other end of the phone, just gasping for air, and you’re telling them their home was destroyed,” Garcia said. “It’s totally heart-wrenching for me.”

Steve and Lori Schulz rode out the storm at their friends’ house on the island. They were securing homes for neighbors who weren’t on the island, and by the time they finished, they no longer felt like they had time to leave, the couple told CNN.

The Schulz’s home took on several feet of storm surge and “pretty much everything” in the house is ruined.

Despite all the destruction, Emig told CNN she remained hopeful her community would rebuild. “Sanibel’s full of a lot of working people who care about the island and we’ll be back,” she said. “Sanibel will be back.”

For now, many homes in that once-tranquil island community “are not livable,” Sanibel Fire Chief William Briscoe said previously, also noting many homes are off their foundations and alligators and snakes are present across the island.

In addition to the devastation on the island itself, Ian ripped away several parts of the causeway that was Sanibel’s only access to Florida’s mainland, leaving dozens of people stranded and hindering recovery efforts.

On Wednesday, DeSantis also toured the damage on Sanibel Wednesday for the first time.

“You can go over it in a helicopter and you see damage, but it does not do it justice until you are actually on the ground, and you see concrete utility poles sawed off right in half, massive power lines everywhere, massive amounts of debris,” he said.

Officials said most electrical poles, transmission lines and wastewater systems remain down, meaning a return to normal is still a while away.

It could take a month or longer just to restore power to some areas of Sanibel and Pine islands, Lee County Electric Cooperative spokesperson Karen Ryan told CNN. “It will be much easier to restore power once we can gain access to the island,” she said.

An estimated 6,400 people lived in the City of Sanibel as of April 2021, according to the US Census Bureau. The island is also home to a number of hotels and resorts and sees a significant amount of tourists each year.

DeSantis has directed transportation authorities to prioritize the repair of the Sanibel Causeway.

Neighboring Pine Island residents should be able to access their community by car later Wednesday, DeSantis announced, when crews are expected to complete a temporary fix for a part of a damaged bridge washed away in the storm.

Residents lost both their homes and their jobs

At Salty Sam’s Marina in Fort Myers, owner Darrell Hanson and many of his employees — about 120 at this time of year and up to 200 at the height of tourist season — are working to salvage what they can, some of them dealing with the loss of their livelihoods and personal property.

“In the parking lot, we must have had about 12 feet of water. Everything on the first floor was … destroyed,” said Hanson, who has so far been unable to access his own home on Sanibel Island. “All our gift stores and restaurants and everything, they’ve lost all their inventory. It’s hundreds of thousands of dollars that each business lost.”

“But the employees have all come together,” he said, choking back tears. “They’re all out there working their butt off.”

Employee Ty Landers, who works on a pirate cruise at the marina, rode out the storm at his family’s home in Fort Myers. Fortunately the home and his family are safe, he said.

But some of his coworkers weren’t so lucky.

“Many of our employees, even on the pirate ships, my crewmates, they lost their houses, they lost everything,” Landers told CNN. “Hopefully when the time’s right they’ll come back. But right now their lives fell apart, and they’re putting it back together.”

Many areas remain under boil water notices since the storm made landfall, damaging critical infrastructure, as well as homes.

Residents of Lee and Charlotte counties — the two counties with the highest death tolls from the hurricane — will be able to get temporary blue coverings with fiber-reinforced sheeting at no cost for their roofs to help reduce further damage, according to a Charlotte County news release.

Public schools in Collier County are set to open Thursday, according to district spokesperson Chad Oliver, who added he did not know how many kids will show up for classes. More than than 22% of the district’s teachers live in hard-hit Lee County, but Oliver says the district is confident it is ready to reopen with the help of more than 800 substitute teachers.

Florida hospitals have also been struggling. Emergency departments sustained damage, staffing is impacted as hospital workers were displaced or lost their vehicles, and some facilities lost reliable access to water.

“We were ready, we had our generators all ready. We had plenty of fuel. What we couldn’t anticipate and didn’t anticipate was the loss of water from our utility companies,” said Dr. Larry Antonucci, president and CEO of Lee Health.

Jessica Hernstadt, a resident of Fort Myers Beach in Lee County, said the community “looked like an apocalyptic disaster” when she made her way there after Ian slammed the shore, with cars, pots, pans and clothing littering the area.

Homes the storm tore from their foundations blocked the streets leading to her house, which she found ablaze when she arrived, she told CNN in an interview Wednesday.

Later, combing through the ashes, Hernstadt found just one item unscathed: a candlestick holder her great-grandmother carried in her pockets as she emigrated from Poland to the US.

“It was the simplest, most prized possession that I had, and it gave me a sense of hope, especially today being Yom Kippur,” she said Wednesday. Yom Kippur is the holiest day of the year in Judaism. 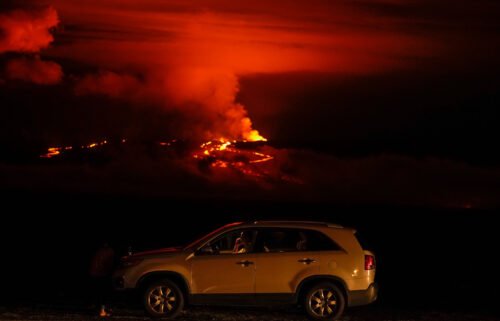 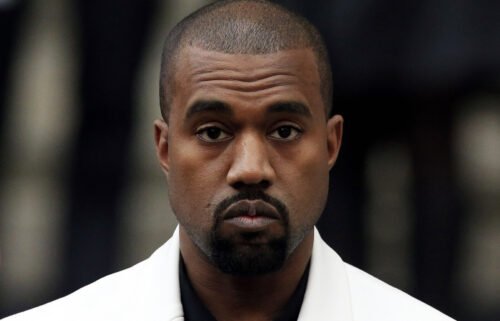 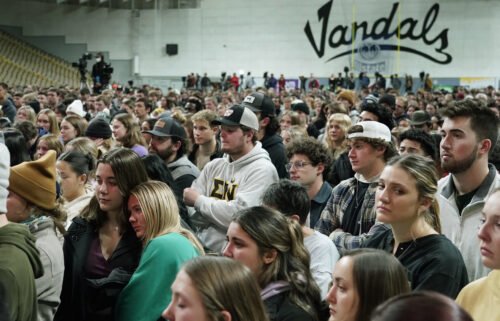 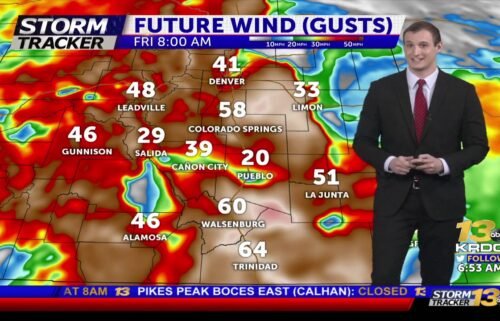