Here’s a look at the life of Gerry Adams, former president of Sinn Fein, the leading republican political party in Northern Ireland.

Sinn Fein means “we ourselves.”

Has written more than 10 books.

Denies being a member of the Irish Republican Army.

Early 1960s – Joins Sinn Fein, which supports the reunion of British-ruled Northern Ireland with the rest of Ireland.

1972 – Suspected of being an Irish Republican Army leader, Adams is interned without trial.

July 1972 – Is released to participate in secret peace talks with the British government.

1983-1992 – Is the elected representative for West Belfast in the British House of Commons. Following Sinn Fein policy, Adams never takes his seat in order to avoid taking the obligatory oath of loyalty to the Queen of England.

1984 – Is shot and seriously wounded during an assassination attempt.

1993 – Adams and Hume issue a statement suggesting ways to peacefully settle the conflict in Northern Ireland.

April 1998 – The Good Friday Agreement, also known as the Belfast Agreement, is signed, establishing a democratically elected assembly in Northern Ireland. The assembly is suspended several times, with the last suspension ending in 2007.

June 1998 – Is elected to the new Northern Ireland Assembly.

April 30-May 4, 2014 – Adams is held for questioning in connection with the 1972 Irish Republican Army abduction and slaying of Jean McConville, a mother of 10.

May 19, 2015 – Meets Prince Charles. This is the first meeting between a member of the British Royal Family and the leader of Sinn Fein.

May 22, 2015 – Calls the election results making Ireland the first country in the world to legalize same-sex marriage through popular vote, “a huge day for equality.”

September 29, 2015 – Northern Ireland’s Public Prosecution Service confirms that Adams and six others will not be prosecuted in connection with the 1972 murder of Jean McConville.

March 16, 2016 – The Secret Service apologizes for denying Adams entry to a White House reception, blaming the mix-up on an administrative error. Adams was invited to attend St. Patrick’s Day celebrations on March 15, but when he arrived he says staff informed him that there was an issue of security.

November 18, 2017 – During Sinn Fein’s annual meeting in Dublin, Ireland, Adams announces his intention to stand down as president in 2018.

July 13, 2018 – An explosive device is thrown at Adams’ home in Belfast, and at the home of Bobby Storey, another Sinn Fein leader. An arrest is made on July 17 in connection to the attacks.

October 2018 – “The Negotiator’s Cook Book,” which contains recipes Adam’s calls “the best-kept secrets” behind the 1998 Good Friday Agreement, is published.

October 17, 2019 – A Belfast court dismisses a case against former IRA member Ivor Bell, also clearing Adams of any links to the murder of McConville.

February 2020 – The Guardian reports that Adams is part of Sinn Fein’s government formation negotiating team, according to a leaked brief. His name does not appear on the list of the negotiating team released by the party. This follows Sinn Fein’s win of a number of seats during Ireland’s general election earlier in the month. In his blog, Adams writes the that the party has always had additional advisers.

May 13, 2020 – The United Kingdom’s Supreme Court rules that Adams was unlawfully imprisoned in the 1970s and overturns two convictions against him for trying to escape from prison. 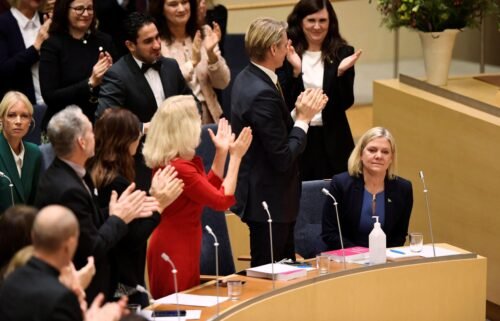 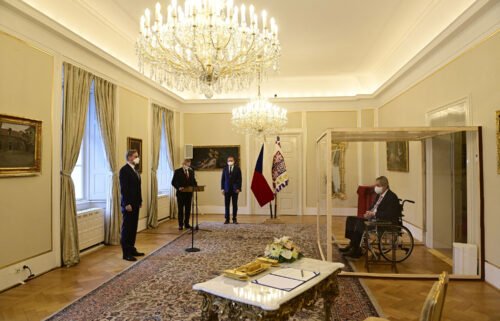 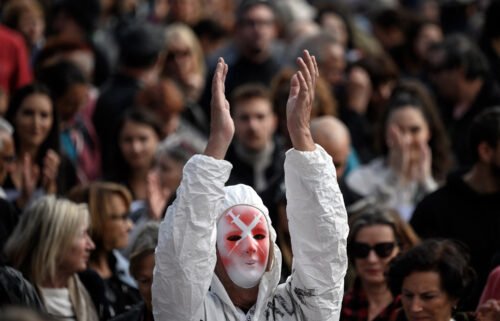