The daughter of Paul Rusesabagina, a former hotelier who inspired the movie “Hotel Rwanda,” has hit out at Rwandan authorities after a report emerged that she was on a list of people targeted by Pegasus, a military-grade spyware licensed by an Israeli company to governments.

Carine Kanimba’s phone number was among “more than 3,500 phone numbers of activists, journalists, political opponents, foreign politicians, and diplomats” allegedly targeted by Pegasus at the behest of the Rwandan government since 2016, according to report by Amnesty International and Paris-based journalism network Forbidden Stories.

Kanimba told CNN in a phone interview she believes that she is a target because of the work she has been doing to free her father, who faces life imprisonment for terrorism-related charges in Rwanda.

He denies all the charges and in March said he would stop participating in the court proceedings. His international lawyers also say they have been denied access to defend him.

Rusesabagina gained prominence for saving more than 1,000 Rwandans during the country’s genocide in 1994 by sheltering them in the hotel he managed. Around 800,000 were killed in the genocide.

The 67-year-old was first arrested in August 2020 and faces nine charges, including financing terrorism, murder as an act of terrorism.

At the start of the trial, he told the court that he wished to be referred to as a Belgian citizen kidnapped by the Rwandan authorities, who have no jurisdiction to try him.

Kanimba, a dual US and Belgian citizen, said she has long suspected being tracked by Rwandan authorities.

“I had suspicions because while rallying the support of governments, parliamentarians, and organizations around the world for the past 11 months … sometimes some will tell me that the Rwandan government approached them after I had sent them an email or had a phone call with them … so I had this instinct that I was being followed or surveilled.”

Vincent Biruta, Rwanda’s foreign affairs minister, said in a statement that the accusations are “false,” and an “attempt to sow disinformation about Rwanda.”

“Rwanda does not use this software system … and does not possess this technical ability in any form. These false accusations are part of an ongoing campaign to cause tensions between Rwanda and other countries,” he said in the statement.

CNN was not part of the reporting effort, and has not been able to verify the report’s claims independently.

Kanimba told CNN an Amnesty International team contacted her in April to inform her that conversations she had with officials of foreign governments aimed at securing her father’s release had been bugged through Pegasus.

“The forensics team confirmed that during my meeting with the Belgian foreign affairs minister, my phone was being surveilled throughout the entire duration of the meeting and up until 30 minutes after I left, and no one else has any interest in this conversation other than the Rwandan government because this was specifically about my father and how to get him released out of Rwandan prison.”

In a lengthy statement to CNN on Sunday, NSO Group strongly denied the investigation’s findings, saying in part that it sells its “technologies solely to law enforcement and intelligence agencies of vetted governments for the sole purpose of saving lives through preventing crime and terror acts.”

NSO also said its systems “are being used every day to break up pedophilia rings, sex and drug-trafficking rings, locate missing and kidnapped children, locate survivors trapped under collapsed buildings, and protect airspace against disruptive penetration by dangerous drones.”

However, Amnesty International Secretary General Agnès Callamard said the Israeli firm had sold “its equipment to countries with a track record of putting human right defenders and journalists under unlawful surveillance.”

“NSO does not operate the system and has no visibility to the data,” the company said, saying it will continue to investigate “all credible claims of misuse and take appropriate action based on the results” of such investigations.

Kanimba cited a specific example where information known only to the family’s legal team was allegedly referred to by Rwandan authorities during a lawyer’s visit to the prison.

“Our lawyer in Rwanda was searched when he went to the prison to see my father. The authorities were looking for a signed document and affidavits that we wanted my father to sign on the torture that he had received. Our lawyer was searched and asked for this document but we hadn’t communicated this information to him yet. Only our international lawyers knew about it.”

CNN has reached out to the Rwandan government about this specific allegation.

‘Our family has suffered enough’

Kanimba said the investigation’s forensics team also informed her there were several attempts to infect her phone as she met with various government officials to try to free her father.

“It was continuous between January and May, and then when I was in the United States in May, it (Pegasus spyware) stopped working. There was an attempt, according to the forensics team to reinfect my phone while I was on US soil but it was unsuccessful,” she told CNN.

Kanimba said she is worried that their legal strategy to secure her father’s release of her father could already be known to the Rwanda government.

“I’ve had calls with the US State Department throughout the last few months and so these calls were being monitored, and email exchanges read. So our legal strategy or diplomatic strategy — everything that we’re doing to get my father released — has essentially been read by what we believe to be Rwandan authorities,” she said.

Kanimba said she speaks to her father every week in “strange five-minute calls.”

“The calls are very tense because he is not speaking at ease because he sounds like he has authorities around him. We can’t tell him much because we are scared of what could happen to him,” she said.

She urged world leaders to intervene in his case.

“Our family has suffered enough and we are in fear for my father’s life. We want the world and the international community to stop closing your eyes and put enough pressure on (Rwandan President Paul) Kagame to release my father because we need to get him home… and I hope that the world will finally listen.” 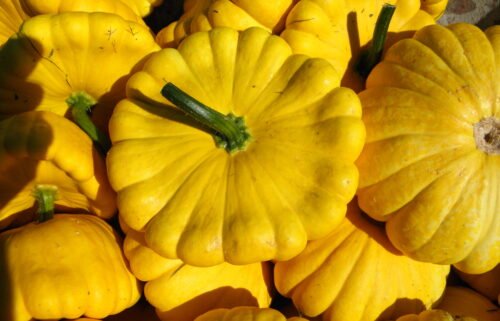