BENSALEM, Pennsylvania (KYW) — The future of former President Donald Trump, and whether it includes politics, is unclear. CBS3’s Matt Petrillo went to Bucks County to talk to Trump supporters and ask what’s next.

Take a look inside the Trump Store in Bensalem. People can buy everything from Trump shirts to masks and more. And it saw a wave of customers Wednesday.

“My son and daughter-in-law want a flag or something,” said Genie Mariano of Cheltenham.

Mariano had to get some Trump merchandise for her family even though Trump is no longer in office.

The Trump Store opened just 11 months ago. The owner says business has been steady, even after the election.

“People are begging me to stay open. They say, ‘Please don’t close, this is our favorite store,’ and we have customers that come in every week,” owner Michael Domanico said.

Trump suggested Wednesday, while he is leaving the White House, he may not be not leaving politics.

“And I just want to say goodbye. Hopefully, it’s not a long-term goodbye, and we’ll see each other again,” he said.

But with Trump out of office and his first term stained by the deadly riot at our nation’s Capitol, observers say Trump’s political career is now in question, and the GOP appears fractured.

“I do think the party is having a real reckoning in this exact moment to determine whether or not they want him to be the head of the party,” said Rutgers University-Camden Professor Kelly Dittmar.

But some people, like Lynn Purificato of Bensalem, is happy Trump is out of office and hopes he does not return. She wants the Trump Store to close, too.

Still, the owner says Trump has a unique base and hopes they support the shop even if Trump is no longer in politics. 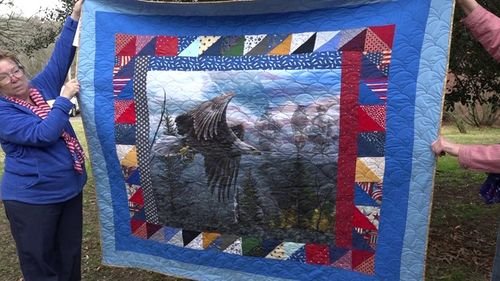