NEW YORK, NY (WCBS) — Dozens of independent landlords say their tenants have been taking advantage of the COVID eviction moratorium.

CBS2’s Natalie Duddridge spoke to two elderly New Yorkers who are desperate for help. They say the state law is draining them of money they need to survive.

In December 2018, 94-year-old Ignatious “Bill” Pantano rented out his condo on Benson Avenue in Brooklyn and the problems with his tenant started immediately.

“[I said,] ‘I see that you’re having difficulty paying rent. You can stay here a month free and then leave,’ and he says, ‘I refuse to go,’” Pantano said.

Pantano filed eviction paperwork, but it took months to make its way through the courts. Finally, an eviction date was set for April 2020, but in March, the coronavirus shut down the city and evictions were put on hold.

Now Pantano says he’s out $50,000 dollars, the income he desperately needs to live.

“I’m a pretty healthy guy … and I ended up in the hospital because of this,” he said.

In Harlem, another stressful housing dispute for 88-year-old David Howson.

In the 1960s, he saved up to buy a 10-unit building on West 129th Street. His daughter, Jessica, now manages it due to Howson’s worsening Alzheimer’s.

Issues with tenants not paying rent began before the pandemic, but now they can’t be evicted due to the moratorium.

“We have to unload the property because we’re really destitute. We really have nothing now,” Jessica Howson said.

Bills for her father’s medical care are piling up, and now she’s late on the mortgage on her own home.

At Gov. Andrew Cuomo‘s daily briefing, CBS2 asked him about the thousands of evictions unrelated to COVID that have been paused.

“These are desperate landlords. They are wondering what they can do,” Duddridge asked.

“Natalie, the law is the law. You can’t claim COVID hardship if you weren’t paying rent before COVID,” Cuomo said.

But attorneys we spoke with say there’s a massive gap between what’s being said and what is actually happening.

“The marshal’s office basically were closed. They couldn’t do anything for months,” attorney Michael Steiner said.

CBS2 obtained emails from a sheriff’s officer whose job it is to perform evictions.

On June 29, he wrote, “Unfortunately our efforts to proceed with evictions have once again been put on hold.”

Another email written on Oct. 14 says, “We need the go ahead from the local powers that be.”

But the powers that be — Gov. Cuomo — signed a bill Dec. 30 that put another minimum 60-day hold on all evictions. All tenants have to do is sign a form saying they’re experiencing COVID hardship and they’re protected until May 1.

The governor’s office told us the law recently included a way for people to be evicted during the moratorium — that’s filing a claim their tenant is a “nuisance” or a safety risk — but attorneys say language is too vague.

Pantano says, like countless small-time landlords, he worked hard his whole life for the American dream, only to have it taken away from him at 94.

CBS2 reached out to the tenants. One responded and directed us to his attorney, who said the dispute would be handled in court. 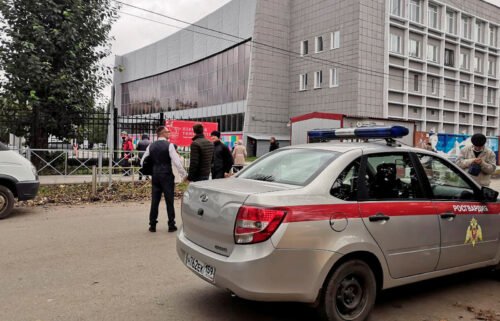