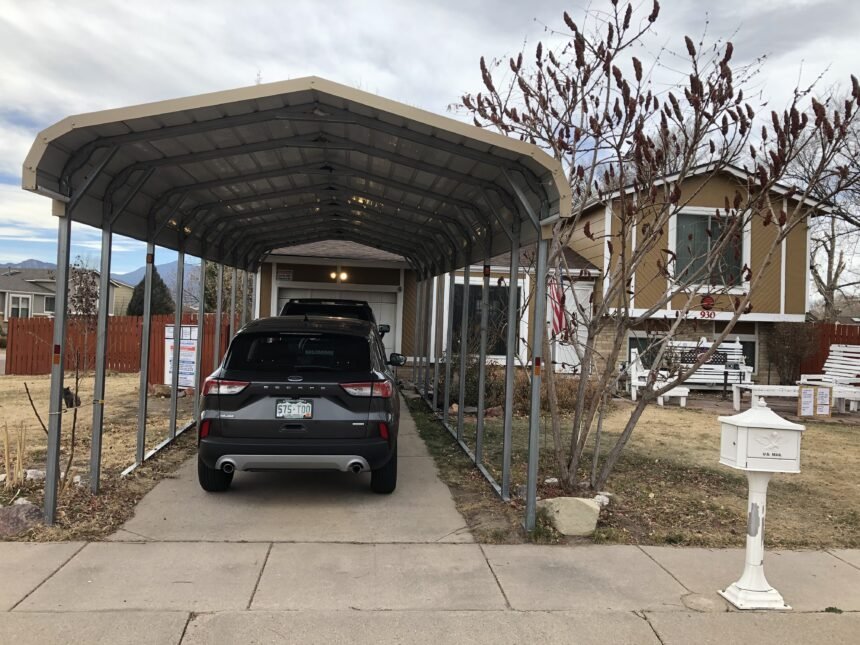 UPDATE: Thursday, Nov. 19 -- The Colorado Springs Planning Commission voted to deny appeals from two neighbors who were cited for having carports that violate city code.

The neighbors -- Collette Cook and Robert Gallagher -- have a final option of appealing to the City Council and both plan to do so. If they lose that appeal, they'll have to remove their carports.

The city said that as of Thursday, 38 people have pending carport code violations.

"The commission voted against us but we have a lot of support," Cook said. "One of the commissioners even said that he's going to ask the City Council to do something about this because it doesn't just affect us. It affects a lot of people."

The neighbors live on Nolte Drive. A third cited neighbor, Michael Mednansky, will appeal at a future commission meeting. He's also applying for a variance that would allow him to keep his carport -- even though such variances are rarely granted.

COLORADO SPRINGS, Colo. (KRDO) -- Carports are helpful in protecting vehicles from hail and other weather extremes, but at least one resident in an east central neighborhood believes the structures are a nuisance.

The unidentified neighbor recently filed a complaint about carports at three homes on Nolte Drive, just southwest of the intersection of Powers Boulevard and Airport Road, saying that the structures violate city code by being unsightly and too close to the sidewalk and the street.

"I'm a veteran who served my country," said Robert Gallagher, one of the affected carport owners. "I pay my taxes and they're saying I can't have a carport protecting my own vehicles on my own property? That doesn't sit right with me."

Michael Mednansky, another affected carport owner, isn't pleased with the situation, either.

Mednansky said that he will try to obtain a variance allowing him to keep his carport, but was told variances are rarely given.

Mitch Hammes, of the city's Neighborhood Enforcement office, said that the carports violate a 25-foot setback requirement that prohibits a carport from being a certain distance between a sidewalk and a house.

Hammes said that having a carport outside of the setback area can reduce visibility and become a safety hazard for pedestrians, passing drivers and even the carport owner.

A carport in violation of city code, Hammes added, also sticks out like a sore thumb and subtracts from the natural or intended beauty of a neighborhood.

"We don't actively drive around looking for carports in violation," he explained. "We investigate only if there is a complaint. It's commonly believed that people have carports because they don't have garages, but in most cases they have both. It's just that they may use garages for something else. We recommend that people park their cars in their garages. Or contact us if you have a question or concern about your carport."

Hammes said that the city normally receives 5 to 10 complaints monthly regarding carports that may be in violation of code.

The third affected owner, Collette Cook, said that the carport regulations are senseless and unfair.

"There are 27 other carports in the neighborhood," she said. "Why are we being singled out?"

Hammes said that in the interest of fairness and to avoid targeting one carport owner, officers drive around the neighborhood where a complaint was filed to look for other possible violations.

"That's how the three were cited in this case," he said.

Neighborhood Enforcement has issued violation notices to the three affected carport owners to remove the structures, but the owners have appealed to the city's planning commission. A hearing is scheduled for 8:30 a.m. Thursday.

And the situation may be worse that first thought.

On Wednesday night, Hammes confirmed that as many as 40 more people across the city have received violation notices and said he would update the situation Thursday.

"We've had a dramatic increase of complaints about carports in the past two weeks," he said. "They're all in the initial stages. We don't know yet how many will agree to remove their carports and how many will appeal."

Chris Stewart emailed KRDO NewsChannel 13 after the 5 p.m. story aired, saying that an entire block of Dogwood Drive -- where he lives -- wants to appeal their notices.

"We got six on our block this week," he said. "Our (notices) say (that) we can pay $290 for a variance but when we emailed, the guy said (that) none has been approved in three years."