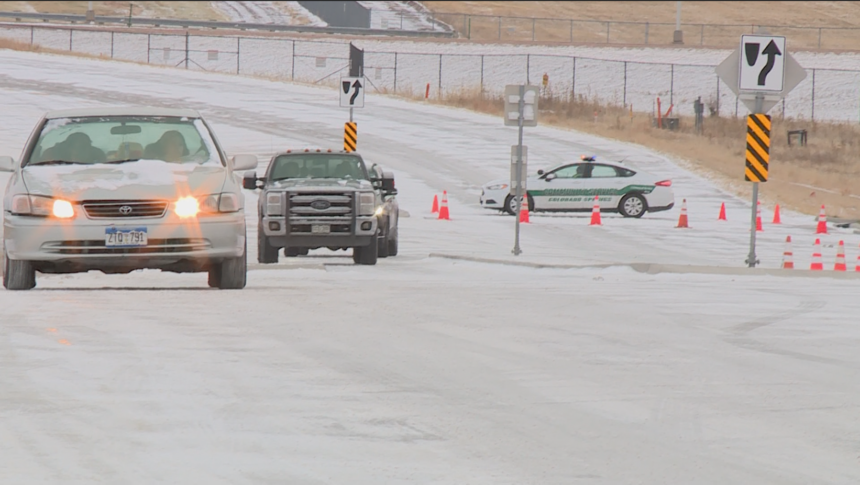 UPDATE: The Colorado Springs Police Department says 43-year-old Renee Steven of Fountain was identified as the victim in the crash on Sunday.

Police say they believe all individuals involved in the crash were wearing seat belts at the time of the crash.

COLORADO SPRINGS, Colo. (KRDO) — One person is dead after a car crash on Marksheffel Rd. half a mile south of Drennan Rd. Sunday afternoon.

Police received a call about the crash at 2:54 p.m. Marksheffel Rd. was closed from Drennan Rd. to Stewart Ave. while police investigated.

Police said the front seat passenger of the SUV was killed. The driver of the SUV, along with 5 children, were taken to a nearby hospital for treatment of non-life threatening injuries.

The driver and passenger of the pick-up truck were not hurt.