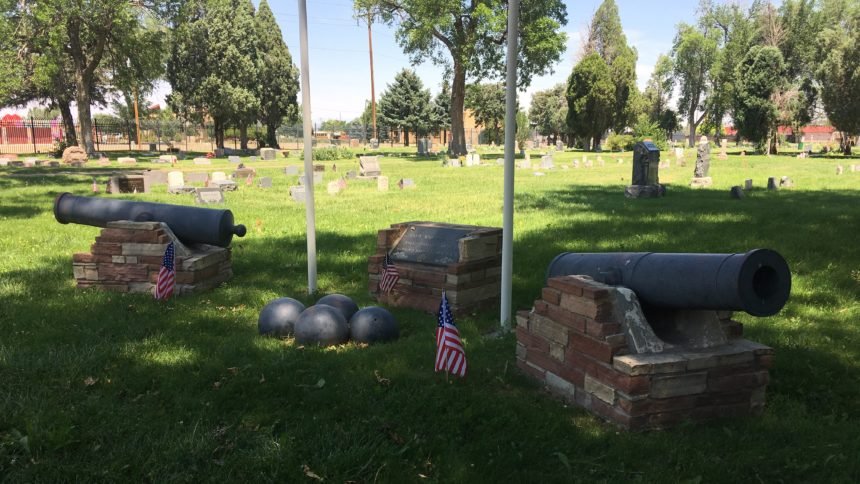 PUEBLO, Colo. (KRDO) - Several monuments from the Civil War era in Colorado have been put under scrutiny over the years, and even more so as Black Lives Matter protests continue in the wake of George Floyd's death in Minneapolis.

Advocates for change believe memorials honoring the Confederate Army, which fought to keep slaves, should be taken down.

One of two reportedly controversial monuments from the Civil War in southern Colorado is along the entrance of the Roselawn Cemetery in Pueblo, by Aspen Road and Santa Fe Drive. The memorial -- erected in 1902 by the Woman's Relief Corps -- celebrates all of the soldiers who fought in the war both, in the north and south. The memorial features pictures of the United States flag and the Confederate flag.

We talked to Ray Brown, the Roselawn's Director of Grounds and Facilities, about the specific Civil War monument, and he says they are "absolutely happy with the way this memorial is set up."

"I think the importance is - is that the war is over. We're celebrating the fact that there was a Civil War, there was an emancipation of the African Americans in the United States," Brown said.

Brown said that dozens of soldiers from the Union and the Confederacy are buried at Roselawn. He says he understands the outrage over statues of Confederate generals and agrees that their statues need to go.

However, he says it's difficult to address the people who are against this particular memorial, which was installed by the Woman's Relief Corps, because the Confederate Flag is etched into its top-right corner.

After a brief pause, he explained his brief thoughts on why he thinks the memorial should stay.

"Every soul is precious to us, and it doesn't matter whether they fought for the Confederacy or the Union. We're here to celebrate life and death after life. We're not interested in memorializing or not memorializing anyone for whatever they believed in their lifetimes," Brown said.