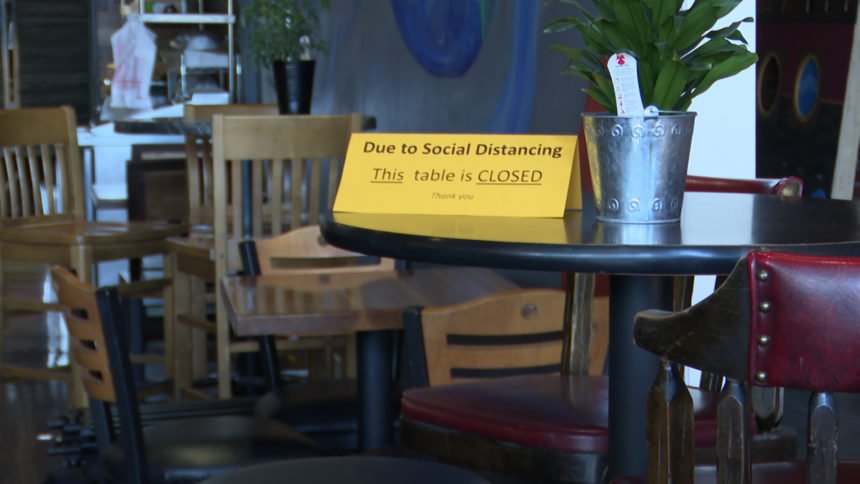 COLORADO SPRINGS, Colo. (KRDO) -- The state has released a new set of guidelines for restaurants to follow once they get the green light to get back up and running, but some of those guidelines don't mesh with every restaurant's operation.

The owner of "The Exchange" in downtown Colorado Springs, Andres Schlesinger, says the guideline that requires restaurants to move to a reservation-only system will be especially challenging for his business.

"How do we convince people to call in for reservations when they're just used to casually meeting up with their friends, relaxing, having a cup of coffee?" says Schlesinger.

The new guidelines would also require restaurants to keep eight feet between tables and groups.

Schlesinger says this would wipe out a lot of space and opportunity for revenue in their restaurant.

In order to help their spot reach full capacity while still abiding by social-distancing guidelines, they're getting creative by expanding their space to places they may not have utilized before this pandemic.

"We have a floor plan of putting tables on the sidewalks, making it just as comfortable and welcoming as we can," Schlesinger said.

They also plan on utilizing an indoor hallway that usually serves as a divider between their restaurant and their neighbors.

Though they're already making changes to abide by state guidelines, Schlesinger says the unforeseen challenges to come are some they may not be able to prepare for.

"That's what we're dealing with: all the what-ifs," says Schlesinger.

He says even if they have the space to operate at full capacity - he doesn't anticipate that happening for more than an hour or so at a time.

Given all of the guidelines, he says its more likely they'll be operating at about half capacity.

The state is asking restaurants for feedback on their newly proposed guidelines up until Friday.

By Monday, state officials are expected to make a decision on when restaurants can finally reopen.