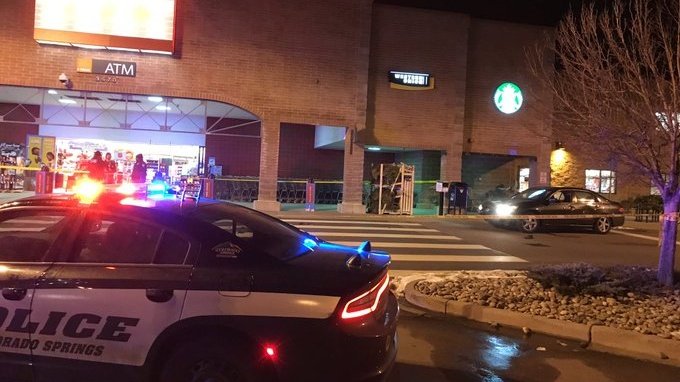 COLORADO SPRINGS, Colo.-- Colorado Springs police are investigating how a 911 call about a shooting at Candleflower Park was misrouted to Parker, Colorado Saturday night.

Parker police tell us a call came into the 911 dispatch center around 9:08 p.m. saying there was a man at the King Soopers near Woodman Drive with gunshot wounds. Then, officials say the call disconnected.

Police tell us officers were dispatched to the King Soopers on Cottonwood Drive in Parker, and realized within minutes it was the wrong address.

Colorado Springs police say officers had already been on scene at the King Soopers on Hartsel Drive, by Rangewood and E Woodman for around 20 minutes when Parker PD received the call.

CSPD tells us the misrouted call did not get in the way of their response.

Police say they found two victims with gunshot wounds, a 19-year-old man and a 20-year-old woman, who were transported to the hospital.

The victims told police they were shot in nearby Candleflower Park, and then drove themselves to the King Soopers to get help.

Colorado Springs police say they’re searching for multiple suspects in the shooting, but didn’t give any description.

KRDO has reached out to police to get the latest on both investigations - the misrouted 911 call, and the shooting.

We’ll have the latest tonight on KRDO at 5 and 6.