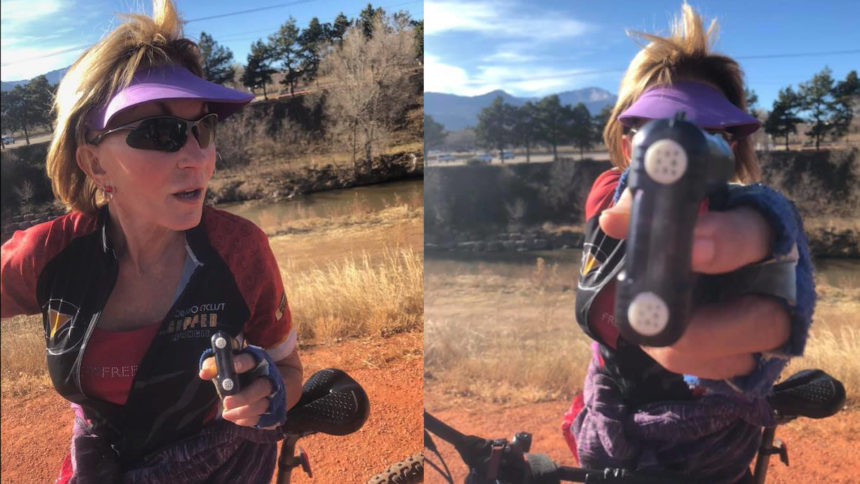 COLORADO SPRINGS, Colo. -- Monument Valley Park is where one mother says her family was threatened while teaching their daughter to ride a bicycle.

Shannon King says they were confronted by a woman she captured in photos holding a pepper spray gun in her hand.

The photos have been shared repeatedly on social media and garnered many angry comments.

Now, that woman is coming forward to KRDO with her side of the story. But because of the negative attention, she did not want to show her face or name.

"I'm afraid these people are going to come after me. You know this is really scary," she said. "I was scared they were going to start hitting me, I just went into survival mode."

When we spoke with King on Tuesday, she who told us that the woman holding the pepper spray gun had been aggressive.

"Fifteen minutes into the bike ride this lady is just screaming at her like 'get the hell out of my way', 'what are you doing little girl you need to learn how to ride' just really outrageous," King told us.

Wednesday morning, police called the woman in for questioning after following several tips. She told them a whole different story.

She also told police she is the one who was confronted.

"This guy throws his bike and himself at me. I just wanted to get out of there. I was afraid he was going to start hitting me. I didn't know what was going to happen. I went into survival mode, so I pulled my pepper spray out, I don't know how to use it," she said.

Now, she says she's scared of what people on social media might do if they find out who she is.

"I'm just glad that little girl is OK and I hope they don't come after me. I don't know what those people are going to do."