COLORADO SPRINGS, Colo. -- Police are investigating after a teenager was shot and killed in eastern Colorado Springs Friday night.

Police were called to an apartment complex at La Salle Street and Eagle View Drive around 9 o’clock Friday night.

Family members tell us the victim was 15-year-old Isaac James.

Since Friday, flowers, candles and stuffed animals have been laid out in his memory.

Neighbors tell us this is far from what they’re used to on their block.

“It's a shame. I really was shocked. The neighboring area is just as quiet you really don’t hear nothing of this sort,” said Herman Torres, who lives on the opposite side of the apartment complex.

Around the same time police responded to the shooting, officers taped off part of a 7-Eleven parking lot at Palmer Park Boulevard and North Academy Boulevard a couple miles away.

As of Monday night, police say they can’t confirm whether the two scenes were related.

They say no one’s been arrested yet, but the shooting is still under investigation. 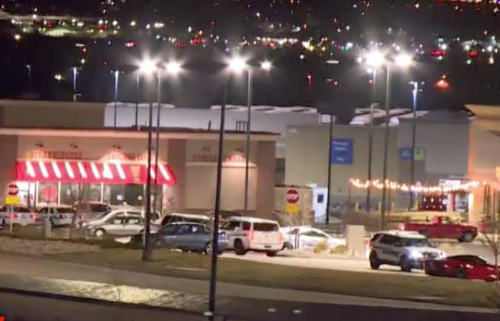