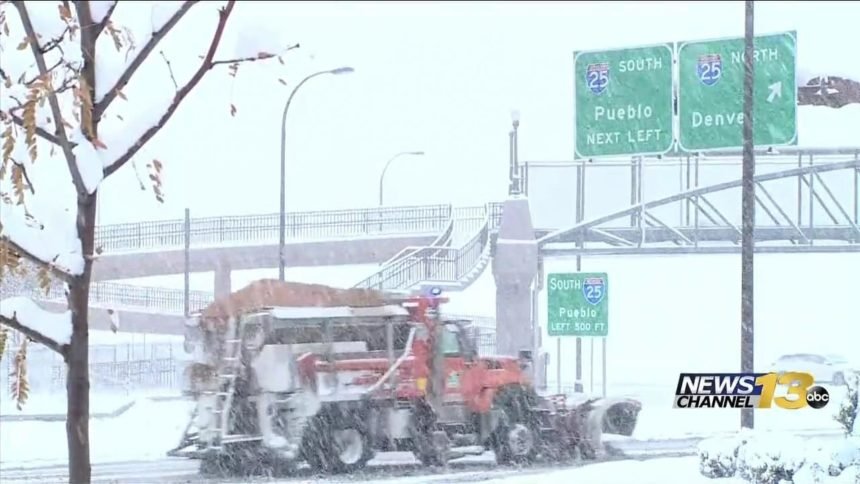 Street and road crews in El Paso County haven't had much of a break lately, with two winter storms in less than a week and a third expected Tuesday.

Crews for the county, Colorado Springs, and the Colorado Department of Transportation have been on full call outs -- 12-hour shifts -- since Sunday afternoon.

Snow began falling Sunday night and continued through Monday morning, but much of it melted or was plowed from streets and roads.

Crew supervisors are scrambling to finish their response to the storm before another arrives Tuesday afternoon, just before evening rush hour.

"We didn't have too much of a problem clearing school zones because most schools were closed," said Jack Ladley, the city's public works operations manager.  "But if school resumes Tuesday, plowing will be more of a challenge because snow will be falling while people are leaving school or work."

Kevin Mastin, deputy director of public works for the county, said his crews will depend on the salt brine they began using this year.

"We'll mix some of it into the sand-salt mixture for traction on icy spots," he said.  "Especially on bridges and overpasses."

Both supervisors said they likely will remain on full call out through Wednesday morning.

Michelle Puelen, a CDOT spokeswoman, thanked drivers for being helpful during the storm.

"We didn't see as many drivers on the roads as we normally do, and there were far fewer road closures," she said.  "People stayed home, and we're glad they did."​​​​​​