According to GasBuddy, the national average is projected to stand at $3.68 on Thanksgiving Day, nearly 30 cents higher than this time last year. The previous record for gas prices on Thanksgiving Day was reportedly set at $3.44 in 2012.

“It has been a dizzying year at the pump, with motorists likely feeling nauseous not from the eggnog, but from the roller coaster ride at the pump with record gasoline prices earlier this year, which have fallen
significantly since mid-summer,” said Patrick De Haan, head of petroleum analysis at GasBuddy, in a press release. “Americans, however, are proving that while we’ll openly complain about high gas prices, most of us aren’t deterred from taking to the highways to observe Thanksgiving with those that matter most to us, especially as precautions from the pandemic have eased.”

GasBuddy predicts Wednesday afternoon between 11 a.m. and 2 p.m. and Friday between 8 a.m. and 11 a.m. to be the busiest on the nation's highways.

Below are money-saving tips for motorists on the road this holiday season by GasBuddy: 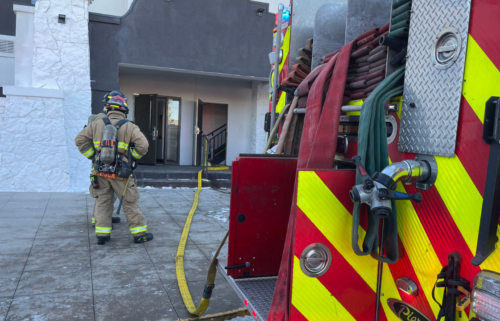