At the Broadmoor Arena Thursday, 72 local employees from a variety of industries met with job seekers. The industries ranged from engineering, construction, government services, government contracting, education, logistics, and IT.

"I feel like I've done my time, I feel like I got a lot of experience there and I just want to move on to something new, something different," explained Akinoa.

She admitted she is nervous but recognizes this will be a learning experience.

"I've taken an interest in computers earlier on in my life and it's just been a hobby up until now," said Hawley. "When I considered transitioning a pretty quick survey of interests and skills led me to something with IT. Cybersecurity is really interesting to me because it often gives me the chance to protect and serve people but in a different capacity. There are people who want to do bad things with your data, your life, and security footprint. I think that's a worthwhile application of my time, to help people continue to do what they're doing without the risk of compromise."

"Most veterans getting out, whether they're enlisted, senior enlisted, junior officers, officers, they have some level of leadership experience," said Plinsky. "That's probably the number one reason why these clients are here. They're looking for leadership, confidence, and operational experience. That's why these veterans come to these events because they have that leg up and experience. Maybe three years, maybe 20 years but it's a great starting point and these companies will hire that."

According to Plinsky, technician roles are currently the most in-demand field right now. He explained that employers will also pay for the training if they like the person and want to bring them on board.

"Sometimes at these events if a company loves a person, their personality, confidence, and leadership, said Plinsky. "So they'll hire them on and train them up."

Plinsky says he typically sees veterans stay in the same field as a civilian. But sometimes they want to try something different. According to Plinsky, the fair was a way to explore jobs from different backgrounds.

Bill MacLean with Pepsi Colorado Springs said his company hires a lot of veterans. He also explained they've even hired someone who is still on active duty and in the process of exiting the military.

"They're always on time and ready to work. They're the ones who tend to meet the challenge and productivity standards as fast as they can. So often times they're more successful early on," said MacLean.

Hawley says there's a lot of community support from the companies listening to the veteran's stories and learning about what they have to offer to give to the community.

"I've encountered a lot of positivity when it comes to interviews and overall reception from the companies and institutions here to support veterans," said Hawley.

For veteran job seekers who missed the event Thursday, they can create a profile and reach out directly to the employers who attended here. There are also virtual events and an event in Denver later this year. 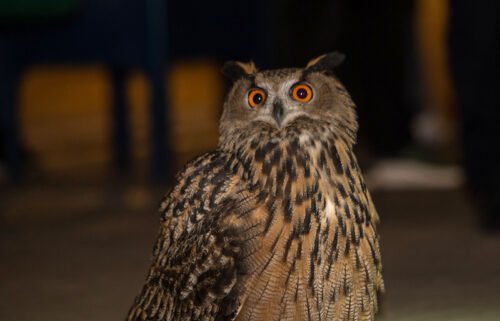