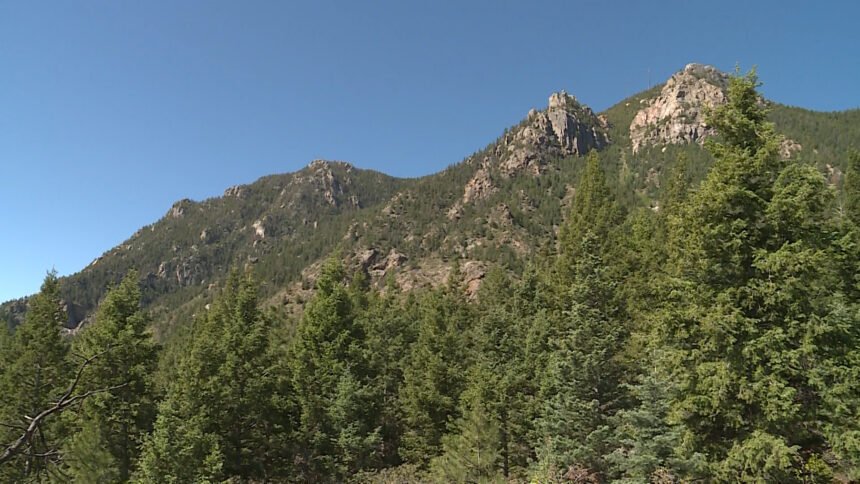 COLORADO SPRINGS, Colo. (KRDO) -- 13 Investigates takes a first look at how the city of Colorado Springs plans to spend millions of voter-approved funds for fire mitigation efforts throughout the Pike Peak region.

In 2021, Colorado Springs voters approved Ballot Initiative 2D. Without imposing any new taxes, 2D permits the city to spend $20 million in Tabor funds to form a wildfire mitigation and prevention program. The program and funds are managed by the Colorado Springs Fire Department (CSFD) and an advisory committee.

According to 2D, only $1 million from the fund is permitted to be spent each year. 13 Investigates obtained an early copy of the Wildfire Mitigation TABOR Funds Cost Breakdown detailing how CSFD intends on spending the first million.

The breakdown shows that the city of Colorado Springs' top priority is located at Fisher's Canyon. 125 acres west of Broadmoor Bluffs neighborhoods need mitigation efforts. The purchase of the property and the mitigation efforts are estimated to cost approximately $500,000.

“Right now (Fisher's Canyon) is a heavily overgrown forest that we have in our community," Fire Marshal Brett Lacey told 13 Investigates. "We need to take some of those trees down. Some of the brush.”

Lacey is one of the city's fire experts tasked with figuring out how to best spend the $20 million. The advisory committee for the fire mitigation program includes representatives from the U.S. Forest Service, Fort Carson Fire, U.S. Air Force Academy, Colorado Springs Utilities, Manitou Springs Fire, and even the Cheyenne Mountain Zoo.

“I’m not aware of another community in the United States that has this significant of a wildfire risk that has $20 million in the bank to be able to dedicate to mitigation,” Lacey told 13 Investigates.

According to the cost breakdown, Fishers's Canyon is the largest expenditure in 2D's first year in existence. However, it is not the only purchase.

$160,000 is set to go towards six seasonal crew members for chipping and mitigation project work. Approximately $175,000 is slated for new equipment, which includes a dump truck, chipper, and crew truck.

Lacey says these purchases will go a long way to mitigating properties in the city's most wildfire-prone neighborhoods.

"We are now in a position with this money to take care of the responsibility that we have," Lacey said. "Whether it's forest or state parks, city parks, we are now gonna be working in concert with those citizens that have been doing this work for a number of years.”

In Denver, new bills focused on wildfire mitigation have now been signed into law by Governor Jared Polis. The bills provide funds for further outreach to the public, education to homeowners regarding mitigation efforts, and what people living in wildfire-prone neighborhoods could do to prevent devastation in their own neighborhoods.

Another bill creates a new grant program that matches or exceeds what local governments spend on fire prevention - with state money.