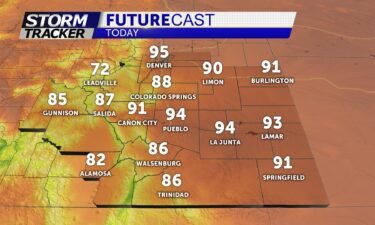 When asked about what items were flying off the shelves at Sprouts Farmers Market on Powers Boulevard in Colorado Springs, store manager Weston Hernandez said a lot of baking items, like butter and heavy whipping creams, are going fast.

There’s plenty of food in the supply chain, but a lack of enforcement of antitrust laws in the grocery marketplace has allowed dominant retailers to secure more favorable terms and ample supplies of high-demand goods while leaving many smaller retailers with limited selections or, in some cases, bare shelves."

Still, Hernandez said they're prepared for any last-minute shoppers.

“Personally, I am pretty well stocked here," said Hernandez. "We have plenty of turkeys, we have plenty of produce, we are doing well here. We have everything we need right now.”

While the store hasn't seen a significant shortage of goods, there are other factors shoppers should know about.

Since the beginning of the pandemic, truck drivers, service workers, and congestion at ports have combined to stretch the supply chain thin. Now, the cost of shipping has begun to trickle down to the consumer.

In October, grocery prices were roughly 5 percent higher than a year ago, according to the latest consumer price index. Overall inflation was roughly 6 percent, a record high in almost 30 years.

According to CNN, food prices are at the highest levels in decades.

For the most common holiday staple at Sprouts, shoppers can expect to pay at least 25 cents more per pound for a turkey compared to last year.

“It is not too much different from last year but we do have smaller birds this year,” Hernandez said.

Tuesday, President Joe Biden addressed the high cost and supply concerns. In his remarks, President Biden said he and the CEOs of major companies, like Walmart, and they are working to quickly stock products.

According to the White House, the number of containers sitting on docks are down 33 percent within the past three weeks.

Still, Americans might have to taper their expectations when doing last-minute grocery shopping for the holidays.

So how do last-minute shoppers feel about this year's selection on the shelves? One shopper told KRDO their experience at Sprouts was a good one compared to other big box stores.

“It is fair to say we were a little nervous but we were able to get our herbs and everything we need,” Carly said.

Hernandez told KRDO he expects to see a decent amount of people in the store Thursday, saying Thanksgiving and the day before are typically their busiest days of the year. 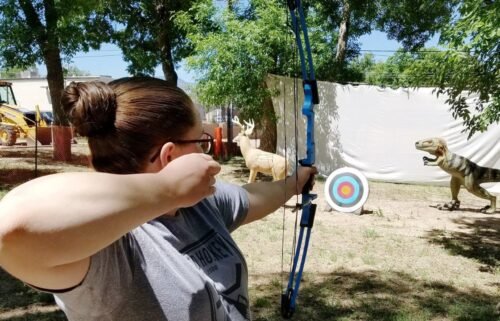