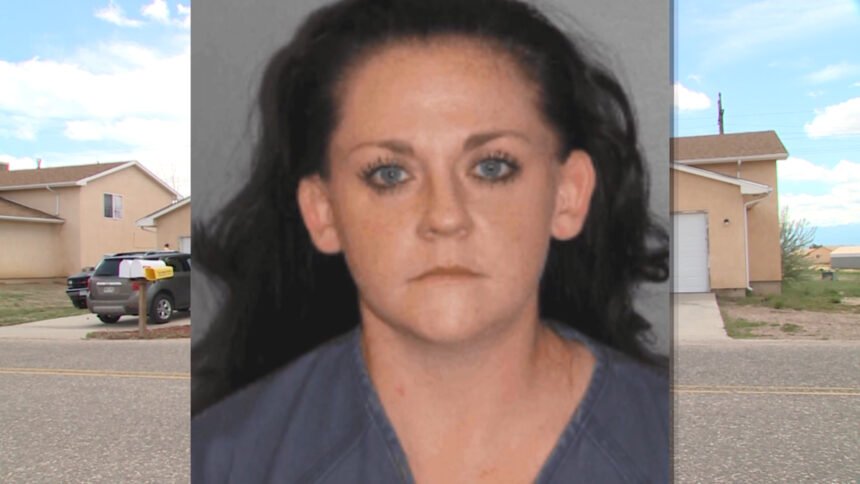 PUEBLO, Colo. (KRDO) -- A Pueblo mother that pleaded guilty to covering up the murder of a foster child is out of jail this week.

Dacey Spinuzzi, 32, pleaded guilty in September to accessory in the alleged murder of 15-month Aiden Seeley. Seeley died in September 2020.

Spinuzzi's admission of guilt stems from a plea agreement with the 10th Judicial District Attorney's Office. Spinuzzi's child abuse charge has been dismissed. Her boyfriend Romando Jones is set to stand trial for the toddler's murder in December.

The 15-month-old was put into the Pueblo County Department of Human Services foster system in late July 2020. Spinuzzi and her boyfriend, Ramondo Jones, were tasked by Pueblo DHS to watch over Aiden, other foster children, and the couple’s biological child. While in their care, prosecutors say Aiden was tortured and murdered.

According to court records, Spinuzzi’s bond was reduced from $500,000 to $25,000 this week. Spinuzzi posted bond and was out of the Pueblo County Jail on Wednesday.

According to the 10th Judicial District Attorney Jeff Chostner, his office did not anticipate Spinuzzi’s bond to be reduced so soon. A bond hearing was scheduled for Nov. 8 to discuss reducing the bond. However, Chostner says the court issued an order to reduce her bond on Tuesday without notice to the victims on why the bond was reduced.

13 Investigates also reached out to one of Spinuzzi’s attorneys. They declined to answer any of our questions pertaining to the conditions of Spinuzzi’s bond or her recent guilty plea.

It’s unclear if Spinuzzi is currently living in the same residence as her biological child. On Oct. 29, Spinuzzi was present at a dependency & neglect hearing to discuss the fate of her child with Jones. However, District Judge William Alexander would not allow the press to be present in the hearing. Alexander said the public is privy to the details of the criminal case, but isn’t privy to the child’s fate.

13 Investigates reached out to Pueblo DHS to ask how they are ensuring that the biological child of Spinuzzi and Jones is being cared for and is safe. We are still waiting on a response.

Jones is set to go on trial for the murder of Aiden Seeley in December. Spinuzzi is expected to testify during the trial.

The former foster mother's sentencing hearing is scheduled for Jan. 10, 2022. Spinuzzi faces a maximum sentence of 12 years in the Colorado Department of Corrections.