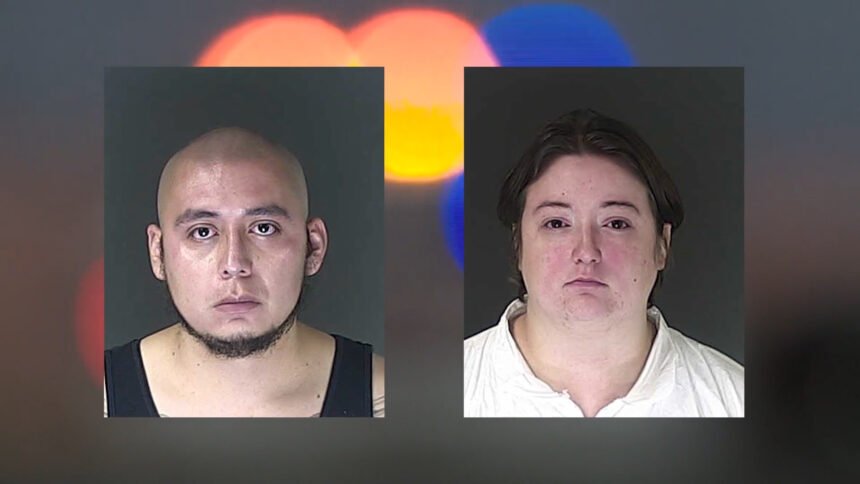 MANITOU SPRINGS, Colo. (KRDO) -- According to court records, a father is no longer facing charges after his son's death at a Manitou Springs dispensary parking lot earlier this summer.

A little more than two months ago, Carlos Perez, 26, and Ashlynne Perez, 25, were both arrested in connection with the death of their 4-year old son. On July 6th, Manitou Springs Police found the 4-year-old child dead inside a car from an apparent self-inflicted gunshot wound to the head in the parking lot of Maggie's Farm - a recreational cannabis dispensary.

However, on August 26th, Carlos Perez's charge was dismissed and the case has been closed, according to Colorado Court records. The mother's case is still active, and her own child abuse charge and her second charge of criminally negligent homicide remain in place. A review hearing for the mother is scheduled for Thursday.

According to the 4th Judicial District Attorney’s Office, a grand jury was convened and indicted Ashlynn Perez. As for Carlos Perez, the DA’s office would not comment.

Carlos had told investigators he drove his wife and two young sons to the dispensary, and he put a loaded firearm in an "open dashboard cubby" near the front seat since guns aren't allowed inside the dispensary. Ashlynne told police that the 4-year-old had climbed into the front seat and he shot himself in the mouth. Investigators later learned that the child had a history of playing with guns and unlocking himself from his car booster seat.