COLORADO SPRINGS, Colo., (KRDO) - That extra $1,200 a month in temporary COVID-relief unemployment benefits is officially over.

Now, local businesses are asking whether or not the end of benefits will make more Southern Coloradans look for jobs.

Nearly every restaurant in Downtown Colorado Springs is hiring.

As unemployment benefits return to less than half for most people, restaurant owners say they hope this marks a turning point in their hiring struggle.

"This morning I woke up to four applications and that hasn't happened in a long time so," Stephon Black, owner of Samich Shack Slingers Smokehouse

"Employees are hard to find, I think kitchen staff is underappreciated," said Black.

According to a recent Colorado Restaurant Association survey, 65 percent of restaurant owners believe the main reason for the hiring troubles is people preferring to stay on unemployment benefits.

Black says he's been offering bonuses and pay rates above the minimum wage to ensure his staff remains content and well off.

However, CNN reports many people that haven't returned to the workforce are worried about child care, health, and unlivable wages.

But for Rival Bar inside of coati in Colorado springs, it's a different experience.

They say they've been well-staffed for a while now.

"I know that's not the case for everybody, I know that the kitchen has been hit really hard, but we are fine, the only regret that I have is we don't have enough hours for everybody," said Lazlo Steel a beverage distributor for Coati.

People who have been affected by the unemployment benefits change can head to the state website for more.

Those on regular state unemployment will still receive their weekly benefits, but the extra $300 provided by federal pandemic unemployment help every week will end.

In El Paso County that number stands just above six percent, while in Pueblo that number is 8.6 percent. 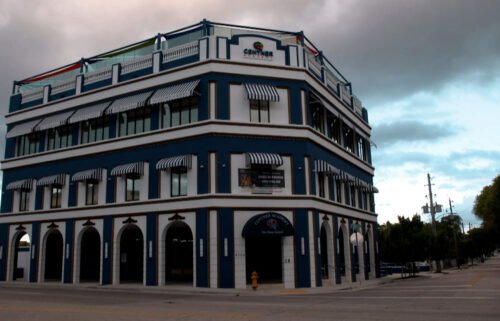