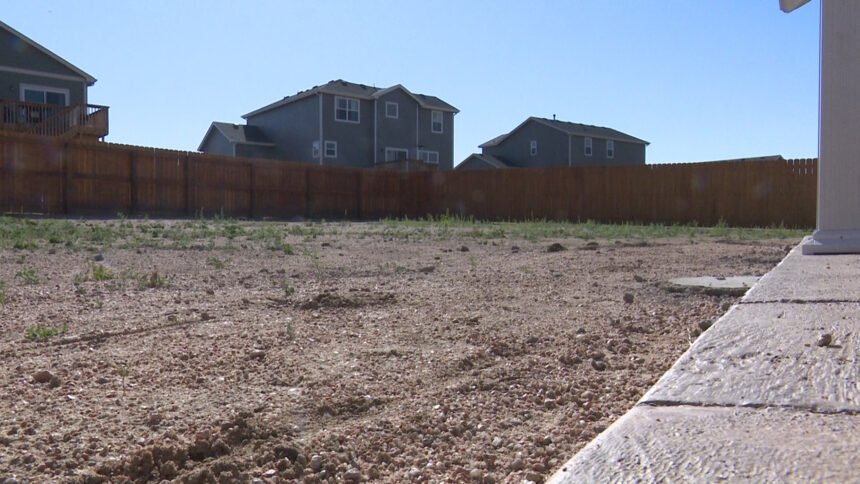 COLORADO SPRINGS, Colo. (KRDO) -- False promises of a lavish backyard from a Colorado Springs landscaper has lead to a criminal investigation by the El Paso County Sheriff's Office (EPCSO). A spokesperson with the EPCSO tells 13 Investigates they are looking at two separate cases connected to the landscaping company Distinctive Terrascapes.

Three different homeowners tell 13 Investigates they've lost tens of thousands of dollars after paying a landscaper with the company to do work that was never completed, and in some instances, never started.

"He seemed like he knew what he was doing," said Mussaw. "He seemed very confident."

Mussaw signed a contract with Robinson and Distinctive Terrascapes, and paid a down payment worth $9,500. Robinson was supposed to start the project on June 1st. However, the homeowner says he never heard from Robinson again.

“We kept calling him, and we’ve been trying to reach out to him ever since," said Mussaw. "He has never responded to us. His phone goes straight to voicemail.”

Al Andrews, another Falcon homeowner, hired Robinson to build him the 'dream backyard.' The project would include a pathway to the patio, raised garden beds, and seven different trees.

“He seemed very passionate too," said Andrews. "That was the big selling point for my wife and I.”

The project was scheduled to begin on Mother’s day of 2021 and was supposed to be completed soon after. However, instead of the variety of trees he wanted, Andrews' backyard is currently filled with dirt and weeds.

Just like his fellow Falcon resident, Andrews tells 13 Investigates Robinson disappeared soon after the project was set to begin.

“I just don’t understand," said Andrews. "I’m just confused on why he would take the money and not return any calls, or not finish the job he was paid to do.”

Then there is Katie Tuttle from Colorado Springs; she paid Robinson and Distinctive Terrascapes $30,000 as a down payment.

Back in October, Tuttle says her husband was terminally ill, and the couple decided to fulfill their dream and build the ultimate backyard. After researching a potential landscaper, the couple thought Robinson was the right man for the job.

"We were super excited, and he appeared to be just as excited as we were," said Tuttle. "(Robinson) had this artistic vision, and he and my husband really clicked."

Tuttle says Robinson worked on their property for a couple of weeks before the landscaper disappeared. Like Mussaw and Andrews, Tuttle says she has had difficulty getting in contact with Robinson.

Tuttle's husband passed away in January before he could see his dream backyard completed. Today, Katie has completed some of the work, but much of her backyard is made up of mud and dirt.

"I just don’t know how (Robinson) sleeps at night," said Tuttle. "He took advantage of my husband and I, both of his illness and of our age."

The El Paso County Sheriff's Office declined to comment on their ongoing investigation, or provide specifics into the case.

In all three cases, the homeowners say they signed a contract with Robinson and 13 Investigates. All three either provided our team with a copy of the contract, renderings of the landscaping work from Distinctive Terrascapes, or proof of payment.

Distinctive Terrascapes currently possesses an 'A+' rating on the Better Business Bureau. However, the landscaping company is not accredited.

In the past two weeks, the company's website appears to have been taken down. If you google 'Distinctive Terrascapes,' it says they are permanently closed.