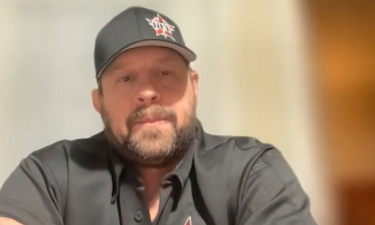 COLORADO SPRINGS, Colo. (KRDO) —  A sophisticated plumbing scheme in Southern Colorado is preying on people in need of sewer inspections, and it could cost victims thousands of dollars.

Amid a housing market boom, there’s a lot of opportunities for crooked companies to profit. Some are even showing clients fake footage of someone else’s sewer line, painting a dangerous picture of sewage seeping into yards where kids play.

Jami Becka recently bought a home in Aurora. Her family hired Mainline Services for a routine sewer inspection. The inspection revealed there were roots growing in the line.

“Roots find water. So eventually they grow inside those joint connections and they’ll be some roots,” said Melissa Gaines, the regional director with Mainline Services. “What do you do? Do you need a full-line replacement because that happens? No, that’s been happening for centuries. That’s how the line was built. What you do is you clean it.”

Because Mainline Services only offers inspections and doesn’t do repairs, Gaines advised Becka to call around for a sewer line cleaning quote.

Becka tells 13 Investigates the plumbing company she called, Mr. Rooter of Northern Colorado, said they needed to come to her home and do their own scope of her sewer line first. After the inspection, they presented a much different and more dire situation.

“He came out and did another scope and said, ‘Oh yeah there is a part of your sewer line that is broken,’” said Becka.

According to the estimate provided to Becka, Mr. Rooter of Northern Colorado quoted a total of $8,700 -- $2,500 for the cleaning she needed according to the inspection and $6,200 for a sewer line replacement.

Becka called Mainline Services back to make sure they didn’t miss anything. Mainline Services asked if Mr. Rooter of Northern Colorado had recorded video of the supposed damage inside Becka’s line so they could compare it to their own findings. In an email exchange, the plumbing company told the homeowner there was no recording of her sewer line. However, Mr. Rooter of Northern Colorado offered to come back out to Becka’s home to video inspect the line for $299.

Becka declined any work from Mr. Rooter of Northern Colorado. Eventually, she connected with a company in her area that cleaned the sewer backup in an hour. It also cost 58 times less than the original $8,700 quote.

13 Investigates questioned Mr. Rooter of Northern Colorado on the estimate.

“We were asked to provide an estimate for a plumbing drain issue. As requested, a free estimate was provided for the problems indicated on the call. We train our service professionals to provide multiple options, which include both short and long-term solutions to plumbing issues. We provided the long terms options as requested by the customer. The work was declined, and no plumbing work was performed at the location. We are committed to being experts in our field and providing exceptional service. We want customers to have complete confidence and assurance about their choice of service professional."

While sewer inspectors are not required to be licensed in the state of Colorado, plumbers do need an active license with the Department of Regulatory Agencies. Records indicate the license for Mr. Rooter of Northern Colorado is active. However, the company has been ordered to pay a $1,225 fine and a $1,300 fine for failing to register plumbing apprentices, hiring unlicensed workers, failing to respond to complaints in a timely matter.

The company holds an F rating with the Better Business Bureau for failing to resolve or respond to customer complaints. Several of the 19 complaints filed with the BBB against Mr. Rooter of Northern Colorado allege the company is behind other similar sewer schemes. Clients call out the plumbing company for quoting them up to $20,000 in unneeded sewer repairs.

You can look up plumbing licenses through the Department of Regulatory Agencies. If you don’t get a result for a company, don’t hesitate to ask them if their state license may be listed under a different name. Mr. Rooter Plumbing of Colorado Springs is licensed through Ronald Johnson, who supervises Mr. Rooter Plumbing of Southern Colorado. State records show Johnson holds an active plumber license through 2023.

It’s important for homeowners to take the time to research companies because the sewer scam is popping up in the Pikes Peak region. Unfortunately, it’s not just one or two companies to watch out for.

”I’ve had three separate companies in the last three weeks that I’ve caught it on,” said Gaines.

Because Mainline Services doesn’t do repairs, they’re in a unique position to catch fraud as it’s happening if they get called for a second opinion.

In Becka’s case, Gaines suspects contractors exaggerated real footage of her actual sewer line. But the deception goes even deeper for others.

“They’ve uploaded fake videos, they’ve given people photos that isn’t even the line,” Gaines said, though she wasn't referring to Mr. Rooter, specifically. “Sometimes it’s not even the same material.”

Gaines also warns homeowners to watch out for repair people coming door-to-door with a story about your neighbor’s home.

“This was in an elderly community. So he went to every home and offered free inspections,” said Gaines. “Because this was happening to this person, we want to check on everybody’s line. He offered to do free inspections and if they find something they’ll set you up on a payment plan.”

Several homeowners had their sewer lines dug up and completed thousands of dollars in repairs before the Homeowner’s Association called Mainline Services for a second opinion. According to Gaines, her team scoped 20 sewer lines in this particular Colorado Springs neighborhood. They found one home in need of sewer service, but no widespread issues.

As time-consuming as it may be, the best way for people to protect themselves from sewer scams is to research companies you’re interested in hiring. Don’t let an emergency sewer situation rush your decision to hire an upstanding plumber. You can also check local BBB ratings.

If you have a tip or lead you want our team to investigate, email us at 13Investigates@krdo.com. 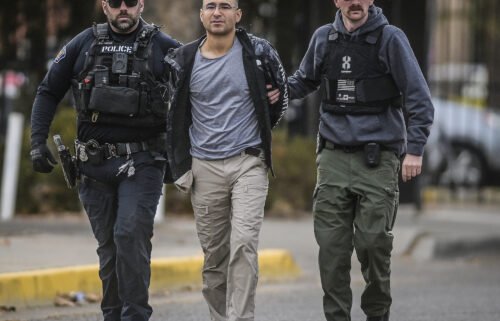