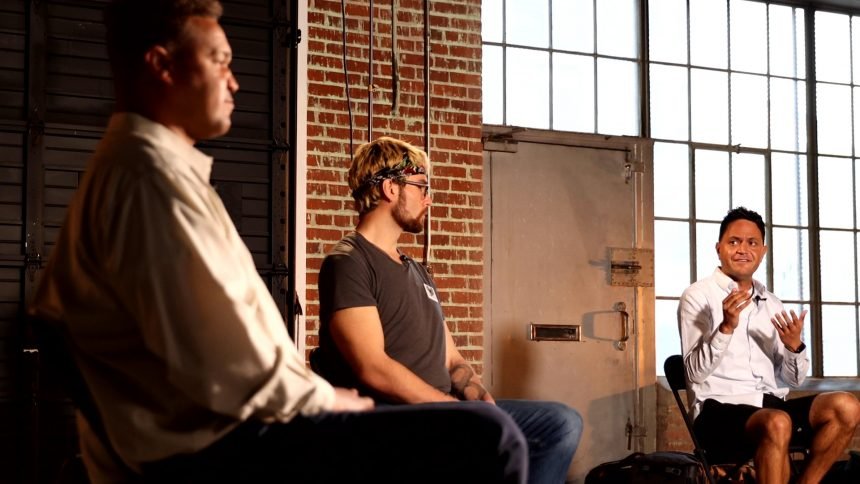 COLORADO SPRINGS, Colo. (KRDO) -- Mass shootings are all too familiar here in Colorado. Our state is still recovering after this weekend's mass shooting where six people were shot and killed here in Colorado Springs at a birthday party, just weeks after an incident in March when a gunman opened fire at a Boulder King Soopers, killing 10 people.

But before that, there was Columbine, the Aurora movie theater shooing and the Planned Parenthood and New Life Church shootings. These cities now forever associated with mass shootings. Dozens of people lost their lives, but others lived, and are forever changed.

KRDO Newschannel 13's Brynn Carman sat down for a roundtable discussion with survivors of those infamous shootings to talk about hope and healing, and get their perspective about gun reform.

Logan Smith, Boulder shooting survivor: "Talking about it is painful, but my philosophy is that it's the best approach at curing and healing."

Marcus Weaver, Aurora Theater shooting survivor: "I thought that the Lord had saved my life for this big purpose. I remember the sounds, the screams."

Brynn: You are survivors of three of Colorado's biggest mass shootings. That is not a title I think any of you expected or wanted and yet here you are, you share that common bond. It's not an identifier but is part of who you are. How does that make you feel?

Marcus Weaver: "Even though it is a weird fraternity, it's something like even when I saw Zach I was like oh I know that guy, and this is my brother now and we tend to look out for each other."

Brynn: Zach, you are a Columbine survivor, what has it been like navigating survivor's guilt after all these years, especially after more tragic shootings in Colorado?

Zach Cartaya: "I remember spending years and years thinking: 'Who the hell am I to complain? Richard Castaldo is in a wheelchair for the rest of his life, what am I so freaked out or worried about? I'm lucky, I walked away. Everything is okay for me.' But it took me years to understand why I would panic and go flying across a board room and running out."

Brynn: Marcus, you went to the movies with a friend in Aurora in 2012, but walked out alone. What advice do you have for other survivors?

Marcus Weaver: "I think you always want to go back to the way life was before the shooting happened. But little do you know, your life will never be the same, but the only person who doesn't know that is you. And I think as the years go by, you start letting go of the old person a little bit more because you're just not the same anymore, you are different. The sounds, the noises, your sleep -- that's the worst, you aren't dreaming and it's nightmares. And if you talk about the shooting too much during the day, a lot of times you won't be able to sleep at night."

Brynn: Logan, you've often said that your co-workers are your family. How hard have the last few weeks been?

Logan Smith: "I knew everyone to a degree that died, but two really close people, Riki Olds and Denny Stong. They were basically a brother and sister to me."

Brynn: Trauma is often referred to as the never-ending marathon. What advice do you all have for each other as you navigate the road forward?

Logan Smith: "I've had anxiety attacks inside Flatirons Mall. I kinda sprinted out of Target because it just got too overwhelming. But I find myself calling a friend when I am inside a store to ignore things. But assessing people's body language is a thing I think will always remain."

Zach Cartaya: "You are always going to be watching out for the exit, you are always going to be taking a look at other people's posture and what's going on. You are going to wonder about loud noises and what that means for you because it doesn't matter if you were in a theater, a grocery store, or a school. It affects every aspect of your life so everything that you do you'll still experience that in some way shape or form. It dulls, it's not as sharp, but it's still there."

Brynn: The three of you will forever be bound by tragedy but I know through survivorship, there is some good. Zach, you're very involved in the Rebels Project. An organization that helps survivors with support and resources. Logan, you have vowed to return to that King Soopers when it reopens. And Marcus, you are serving the Denver homeless community with your coalition. How does it feel to be giving back? Is there a sense of new purpose there?

Marcus Weaver: "I think at some point you have to decide that I am going to go ahead and move forward because that's what those people in that theater who didn't make it out would want me to do. And I think once you start thinking like that it's not about you, it's about everybody who was involved, and you just continue wanting to show up and show out for your community. To them, you are a hero, even though you don't feel like it, but to somebody, you mean something every day."

Brynn: Talking about trauma isn't easy, nor is talking about mental health and gun reform. What do you think needs to happen when it comes to that heated debate?

Zach Cartaya: "If you can't ban guns for your kids, or ban assault rifles for your kids or some sensible mental health and gun reform, why can't you give your kids your youth back at least. No one wants their kids to go to school in a militarized zone and that's really what's happening. Metal detectors -- when I was a kid, metal detectors were at the airport and the jail, now they are everywhere."

Brynn: Zach it was a different growing up for you, compared to Logan. Logan you're in your early 20s and remember seeing the headlines in the news and doing school shooting drills as a kid.

Logan Smith: "I definitely want more intensive background checks. I think a competency test to test the mental state of the purchasers, as well as drug tests should be things that are pursued and adapted into the system. I'm a Second Amendment supporter. Denny owned guns, and we would go shooting in the mountains every weekend. It was a stress relief from working, something fun we did together."

Brynn: Marcus and Zach, you've now had to experience the ripple effects of trauma over the years each time another shooting happens. What's your take on how we can come together on this instead of being apart?

Marcus Weaver: "I don't think any of us had once said we are against guns. I just think it is the type of guns and people who have access to those guns that don't really need those guns. It just seems to be happening so much, we just need to blanket it."

Gov. Jared Polis recently signed two bills into law that tighten gun regulations. The first requires Coloradans to report a lost or stolen firearm within five days of realizing that it's missing. The second mandates that gun owners safely store their firearms when not in use to prevent kids from accessing them.

Right now, three new gun bills that were spurred by the Boulder shooting are being pushed by Colorado Democrats.

Senate Bill 256 would repeal a state law prohibiting a local government from imposing bans on the sale, purchase or possession of a firearm, giving cities more say on bans, so longs as it's not less restrictive than state laws. However, GOP leaders think that would only cause confusion from city to city.

House Bill 1298 would require licensed gun dealers to get approval from the Colorado Bureau of Investigation that a background check is complete before transferring a firearm.

House Bill 1299 would create a program to research and reduce gun violence. Republicans are continuing to push mental health resources and funding, instead of an overhaul of gun laws in Colorado.

Watch the second half of the special below: