COLORADO SPRINGS, Colo. (KRDO) -- The Scorpions stung the Titans early, but in the end, the Titans were simply too much. The Classical Academy (TCA) overcame an early turnover, and knocked off Sand Creek 39-13 to advance to the 3A state championship game.

TCA will face Rifle for the 3A spring football crown next week.

Sand Creek struck first. Greg Garnett recovered a Cade Palmer fumble, and returned it for a touchdown, giving the Scorpions a 7-3.

Palmer came back with a vengeance. He scored on a touchdown run to give the Titans a 7-3 lead.

Sand Creek answered with a long touchdown pass from Caleb Kruse to Warrick Green Jr. The extra point was blocked, but the Scorpions had a 13-10 lead. It didn't last long.

Matthew Segovia ran back the ensuing kickoff for a touchdown, giving the Titans the lead for good.

With TCA up 17-13, Palmer struck again. Playing safety, Palmer intercepted a pass, and ran it back for a touchdown. On the next series, Mitch Anderson blocked a punt for a safety. That gave the Titans a 26-13 lead, and they cruised from there. 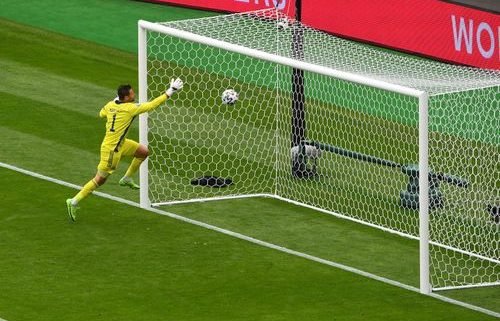