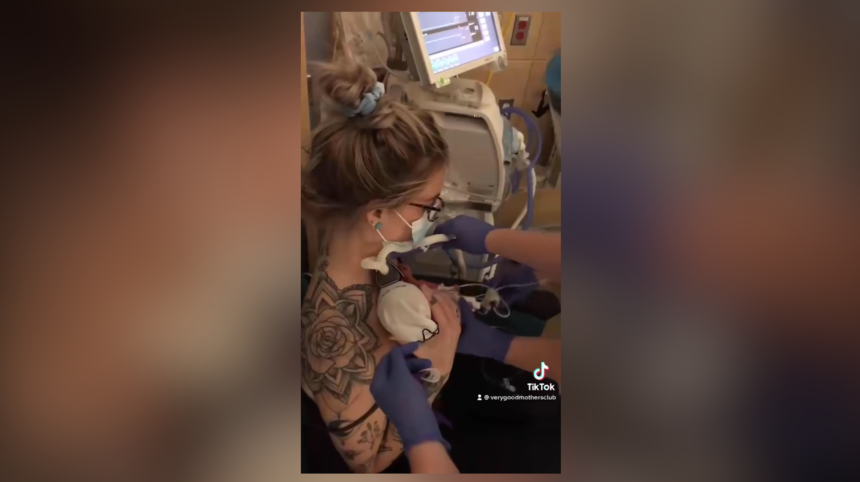 COLORADO SPRINGS, Colo. (KRDO) - One Colorado Springs woman saved a person's life and passed her nursing exam, all while in labor with her baby boy.

Meredith Bates was in preterm labor in the maternity ward at Children's Hospital Colorado, Colorado Springs the same day as her nursing exam.

After hours of contractions, her doctor suggested she leave and take the exam, since they weren't expecting the baby for a while and he thought that would ease some stress.

Meredith stopped at Starbucks to study, and that's when things got even crazier.

A woman was having a heart attack inside, and Meredith was the only person around with the knowledge to help. She saved the woman's life, took her nursing exam and, after giving birth to her baby Jack, found out she passed the exam.

We spoke with the superstar Saturday and she is humble, to say the least.

"When I think of the whole experience, I don't feel like I did anything incredible," Meredith explained. "For Starbucks, someone needed help, and of course I wanted to help."

To top it all off, Meredith’s sister, Jess, made a Tik Tok of the whole experience that went viral with over one million views.

"I think my sister is amazing," Jess Hover said. "And I think there's a part of my sister that believes that she's not awesome and I just don't agree."

Now, after being born early and spending time in the NICU, baby Jack is happy and healthy, and Meredith says he'll never hear the end of this fiasco.