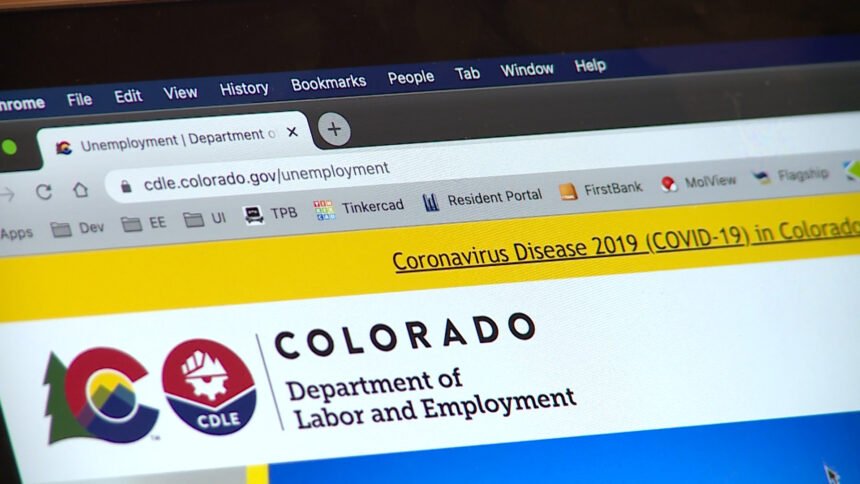 COLORADO SPRINGS, Colo. (KRDO) Colorado's new unemployment system, which was meant to take on the high volume of those filing for unemployment has tens of thousands of Coloradans frustrated.

The program was implemented in mid-January, and so far Colorado officials say 68,000 Coloradans have called for technical support saying they are having issues with signing up or receiving benefits.

Patrick Deloughry of Colorado Springs is one of them. “It is incredibly frustrating and it’s disappointing,” he told KRDO NewsChannel13. Deloughry is a web developer, and like so many, he lost his job in December. While looking for another, he decided to help make ends meet he would sign up for unemployment.

Deloughry says, “the first few steps were actually pretty straight forward. I was just filling out personal information about the employer.” He hit a roadblock when he tried to go to the next page to fill out the rest of his information. The "next" button on the site didn't work. KRDO was there as he tried to complete his forms and saw the issue first-hand.

“I have tried this with multiple browsers, multiple computers, I’ve even tried connecting to the internet through multiple locations it is the same result everywhere,” Deloughry said. He then tried to start from the beginning when he ran into another issue. “I went to try and restart the application from scratch. The delete button does nothing."

Not being able to continue the form or restart, he decided to call the technical support number which led to more frustration. “Essentially the phone number does nothing,” Deloughry said.

He called the number during our interview. After about five minutes with an automated voice messaging system, it asked Deloughry if he would like someone to call him back -- which he accepted. After giving a pin number the automated voice said, "Sorry, we currently don't have any open slots available. Do you have any other questions?"

Now, Deloughry doesn't know what to do next and feels that until he finds another job, he is stuck in limbo.

“To go onto the system and have this much trouble getting it to do the basic function that it’s supposed to do,” Deloughry says, “it’s very disheartening.”