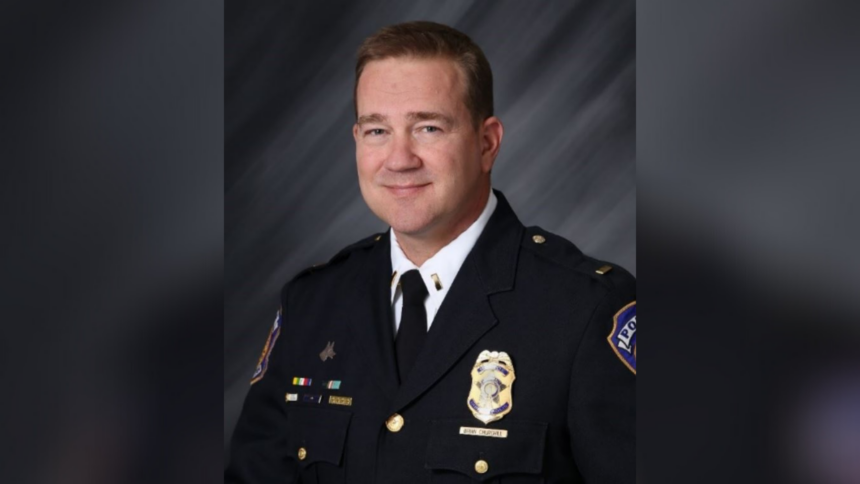 MANITOU SPRINGS, Colo. (KRDO) -- The City of Manitou Springs announced Monday morning the Chief of Police for the city's Police Department had been placed on administrative leave.

Chief of Police Brian Churchill has been on paid administrative leave since Jan 21., according to the City. The public was not informed until Monday.

So far, the City of Manitou Springs said the situation was related to a "personnel matter" and there is currently an ongoing internal investigation.

"At this time there is nothing more we can say," said Mayor John Graham to KRDO via email."The matter is being handled through our established HR process."

The mayor and city council would not explain further what caused Churchill to be placed on administrative leave, or what called for the investigation.

However, 13 Investigates has learned this isn't the first time Churchill has faced an internal investigation throughout his law enforcement career.

Before becoming Manitou Springs' Police Chief in October 2019, Churchill had spent more than 20 years as an officer with the Indianapolis Metro Police Department (IMPD).

According to our affiliate WTHR in Indianapolis, back in 2011, a 9-1-1 caller reported seeing Churchill, who was Sergeant with the IMPD at the time, being inappropriate with a female companion.

When IMPD police arrived at the scene, Churchill apparently flashed his gun and his badge at officers. Officers told WTHR they believed Churchill was drunk at the time and drove him home.

IMPD would not confirm anything about the 2011 investigation into Churchill on Monday. It's unclear if he was disciplined after the incident or if the City of Manitou Springs was aware of the 2011 allegations when Churchill was hired.

According to a Manitou Springs spokesperson, a city employee can be placed on administrative leave by the city administrator, city council, or voluntarily. Internal investigations are handled by a third-party or by the city's human resources department.

At this time the city has appointed detective Bill Otto as the acting police chief. Before being appointed, Otto served as a detective for the Manitou Springs Police Department.

If you have a tip you want our team to look into, please email us at 13Investigates@krdo.com.