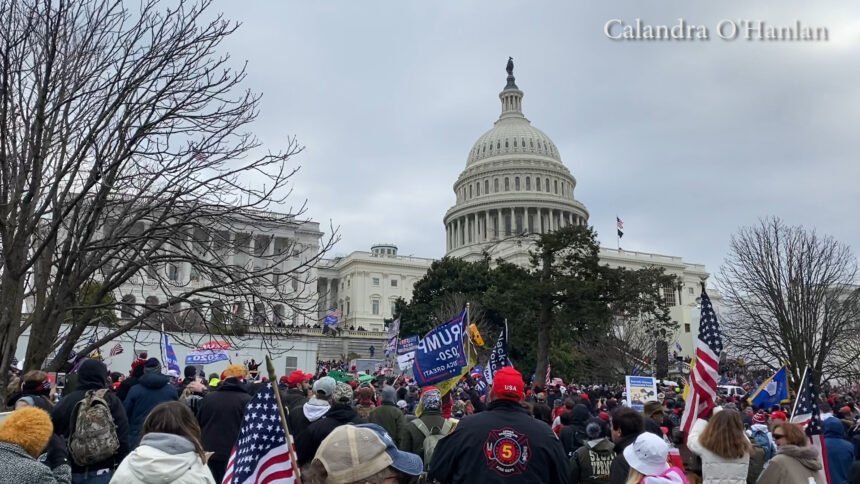 COLORADO SPRINGS, Colo. (KRDO) -- Even though she was there, Colorado Springs native Calandra O'Hanlan still can't believe the violence she witnessed that played out at the Nation's Capitol.

"My heart absolutely goes out to them I think we are all trying to make sense of a really intense and difficult situation," O'Hanlan says.

She now lives about an hour away from Washington D.C. and was there hours before the chaos. "We came to stand and ask Congress to continue investigations about the election," O'Hanlan says. "It's not about Trump versus Biden."

The massive crowd of tens of thousands of people then moved toward the Capitol. O'Hanlan says what was strange to her was how close they got to the building with no barricades blocking them.

O'Hanlan says, "What was different is, why were tens of thousands of people allowed to come in such close proximity to the capitol when the rest of this year those blockades were rock solid." Something else that surprised her was a lack of police. O'Hanlan says, "I was expecting a lot more police officers on the ground, to see them visually, because they knew the rally was happening because tensions are high around D.C."

She and hundreds of others then made their way to the veranda of the Capitol where she said no one asked them or forced them to leave. Then she started to notice windows into the building were cracked and people were trying to force their way inside.

"Individuals that were banging on the door did get tear-gassed," O'Hanlan says. "And so that was an alarm for us you know we were like okay just in case I think it's time to go."

It wasn't until after she left, that social media revealed the severity of the mayhem taking place inside. O'Hanlan says, "I was one; shocked, thinking that was never the plan, for anyone who had attended the rally earlier."

Like others, she wants to know why police were so unprepared for the violence telling KRDO, “This is one of the most guarded places in the world I know that there is incredible law enforcement officers everywhere, how did it happen?" And like other critics, she thinks those who caused this riot need to be held accountable.