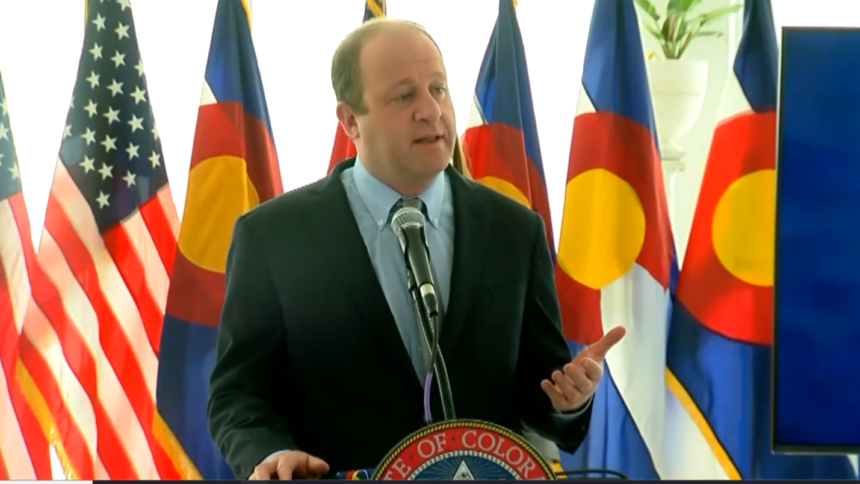 DENVER (KRDO) -- One of the numerous bills filed Monday during the Colorado General Assembly's special session to address coronavirus relief actually takes aim at the steps Gov. Jared Polis took without the legislature, as several Republicans seek to strip the governor of his authority granted under the state's current emergency disaster declaration.

The bill, SJR20B-001, was filed by state Sen. Rob Woodward (R) and state Rep. Rod Bockenfield (R), and it aims to terminate the authority given to Polis under Executive Order D 2020 003, which was issued on March 11 and established the state of disaster emergency due to the COVID-19 pandemic.

The bill outlines the legislators' thoughts of executive overreach, pointing to at least "224 additional executive orders" that have "had far-reaching effects on the people of Colorado," including the stay-at-home orders that took effect earlier this year and various restrictions that have reduced capacities at businesses in the state.

Also at issue is the more than $1.6 billion that Colorado received from the federal government as part of the CARES Act. The legislators say that because Gov. Polis office disbursed the money and also suspended state statutes for tax collection, he "exercised legislative power and the authority to appropriate money that is historically reserved to the General Assembly."

Several other points of contention are brought up through the rest of the bill, including the state's unemployment rate, executive orders to suspend in-person instruction at schools, and concerns about the state's budget.

The representatives write that they don't intend to minimize "the health and economic crises facing Colorado," but added that "it is time for the legislature to reassume its role."

With a Democratic majority in both chambers of the assembly, however, the bill faces an uphill battle.

We've reached out to the governor's office for comment, and we'll update this article when more information is available.

UPDATE: The bill failed to advance in the state Senate.