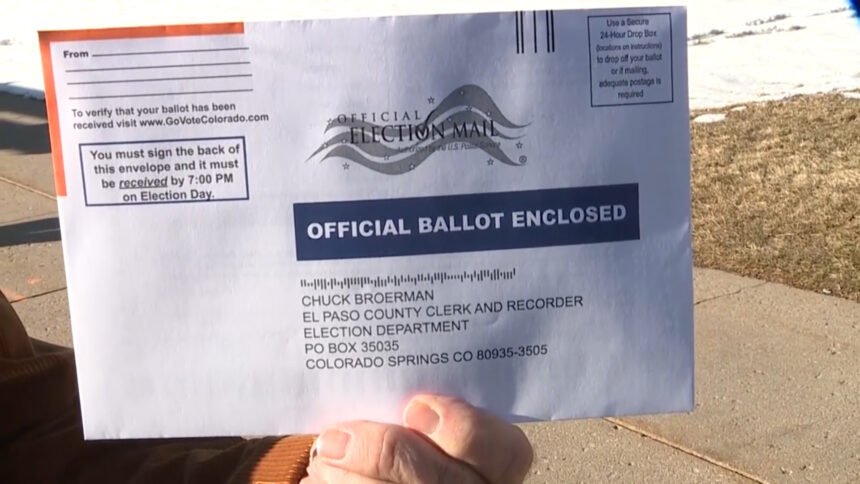 COLORADO SPRINGS, Colo. (KRDO) -- More than a million people in Colorado have already voted in the November 3rd election.

County election judges want to make sure everyone's vote is counted; even when they make a mistake with their ballot.

A common concern they see is when voters place their ballot in a dropbox outside of the county they're registered to vote in.

For example, someone who lives in Pueblo County mistakenly drops their ballot off in a dropbox in Colorado Springs.

Officials recommend that you submit your ballot anywhere in the state if it means getting your ballot in on time.

Election officials also say they hear concerns from voters about filling out their ballot incorrectly; like crossing an "X" by their selection instead of filling in the bubble.

A team of bipartisan election judges will replicate the ballot so long as the voter's intent is clear.

Election officials are really urging people to avoid signing other people's ballots, as well as make sure their signature is consistent with how they normally sign their names.

Election officials say they will send the voter a letter asking them to correct their signature if it cannot be verified.

The voter will then have eight days after the election to do so.

If a voter accidentally throws their ballot away in the trash, they can get another by calling their county clerk's office and asking to be mailed a new one.

If it is past October 26th, voters should pick up a new ballot in person at a polling center instead.