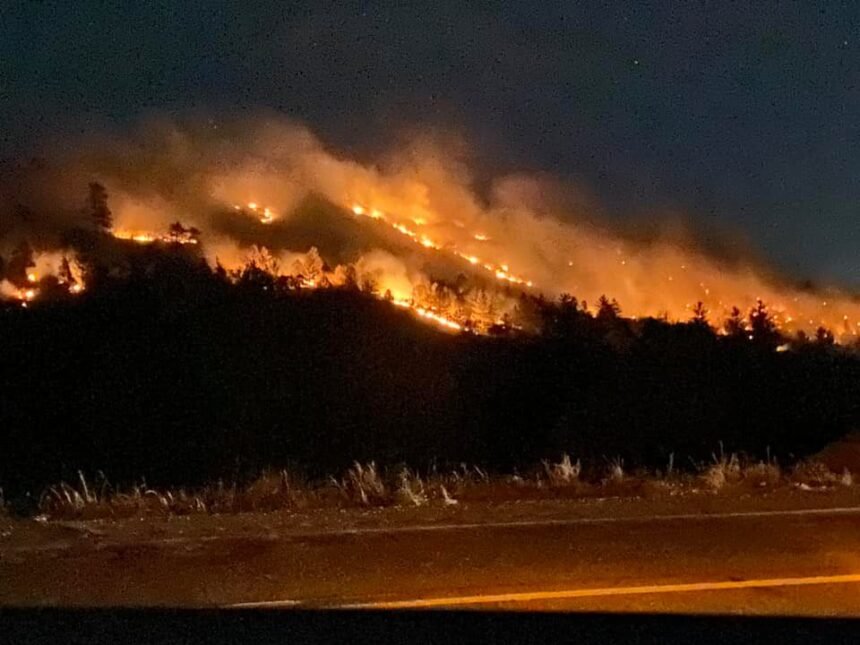 UPDATE: Fire officials say the Wild Horse Fire is about 40% contained as of Tuesday afternoon.

Fort Carson crews will remain on the ground to fight any possible hot spots. However, smoke will likely remain visible along Highway 115 for the next several days.

There are currently no signs of danger to people or infrastructure on the army installation. External support agencies will remain on standby throughout the remaining operations.

FORT CARSON, Colo. (KRDO) --The Wild Horse Fire, which is burning along the Highway 115 corridor south of Fort Carson's Gate 6 and north of Turkey Creek, has burned approximately 670 acres as of Tuesday morning.

The fire was reported to still be at 10% containment after the growth overnight.

Tuesday morning, officials at Fort Carson said their firefighter crews have established a solid perimeter and were focusing on interior hot spots. They said continue to assess there is no danger to people or infrastructure on Fort Carson.

Bambi bucket operations along Highway 115 will continue Tuesday, but the highway is expected to remain open throughout the day. Active fire and smoke from the interior of the fire will be visible for the next several days.

Helicopters are back again dropping water on the fire. Unlike yesterday crews will not be shutting down Highway 115 today. @KRDONC13 #WildHorseFire pic.twitter.com/ApTuOW3ap1