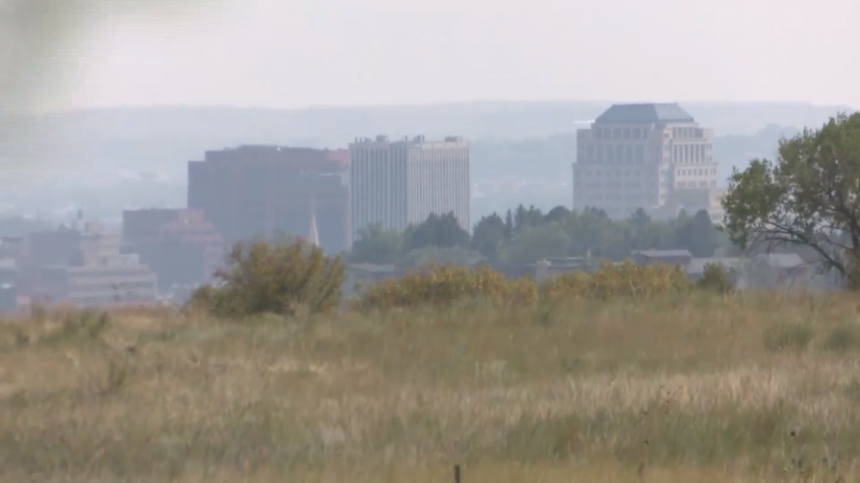 Fire officials with the Colorado Springs Fire Department say smoke and ash is here to stay, at least until we see some rain.

You may not be able to see the smoke as thick on Thursday, but you could certainly smell it. On Wednesday, timelines on social media were filled with people posting pictures of ash on their cars and homes.

Fire officials say it's from not only the Cameron Peak Fire - but fires as far north as Wyoming. The smoke and ash are pushed south by what they call transport winds -- the smoke is as high up as 20,000 feet.

Thicker smoke from the #MullenFire and #CameronPeakFire collected along the Colorado Front Range last night & this morning. There may be some slight improvement during the day, but a repeat scenario of more smoke is possible tonight. #COwx pic.twitter.com/FmyGfzbXkw

The large amount pushed into our region yesterday prompted the National Weather Service to issue a health advisory - which persisted for the majority of the day.

During these advisories, elderly and very young people and those with pre-existing health conditions are encouraged to stay indoors.

But fire officials say they may not need to stay inside all day.

“You’ll see that in the mornings -we’ll have an incredible increase in smoke because of what’s called an inversion layer - and then it will start to clear up later in the afternoon,” said Will Rogers with CSFD.

Those transport winds can carry ash for hundreds miles, and some smoke along the Front Range earlier this season came from fires in California.

Fire officials say not to call 911 if you see a general haze outside.

They say the ash does not increase the risk of fire. However, we are still under a fire ban in our region.