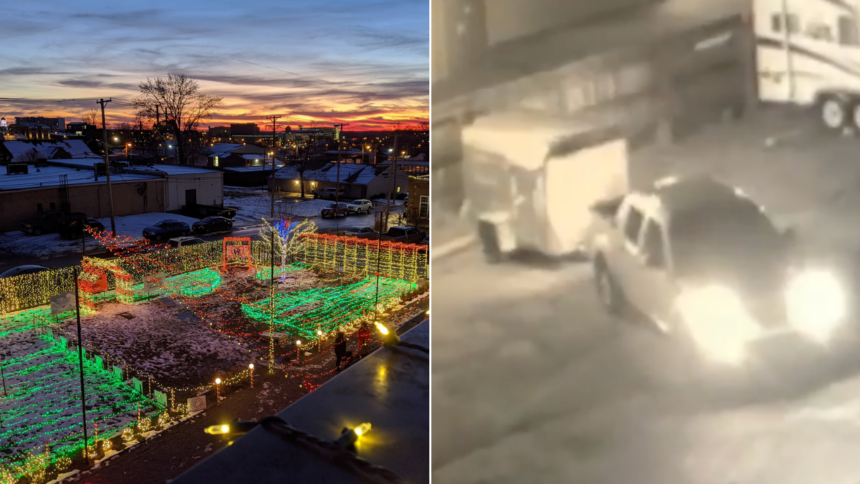 COLORADO SPRINGS, Colo. (KRDO) -- A huge Christmas display in Columbia, Missouri may not go on this year because of a robbery in Colorado Springs.

On August 21st, around 4:40 a.m., surveillance video caught an unknown truck backing up to a trailer and leaving with it. What the thieves may have not known, is the trailer is filled with Christmas lights.

For the last ten years, the Candy Cane Crib has hosted a light display that attracts thousands in the Columbia area. Without the contents of the trailer, the famous display won't happen this year.

Ryan Schultz, the light display owner says the trailer was stolen from his condo parking lot on Delmonico Drive near the Rockrimmon area.

Call (719) 310-0448 for Colorado Springs Police if you have any information on the trailers whereabouts.

EL PASO COUNTY, Colo. (KRDO) -- The El Paso County Sheriff's Office is one step closer to finding the person responsible for stealing two lawnmowers from a local company in Monument.

Back in July, deputies say a man with a fake Texas Driver's License ordered two lawnmowers and arranged for them to be picked up at a storage facility in Castle Rock.

The payment used to buy the lawn mowers didn't clear.

The El Paso County Sheriff's office now wants to speak with 57 year old, Edward Parris in relation to the case. Parris is believed to live in either Salida, Pueblo or Colorado Springs.

Call 719-520-6666 for the El Paso County Sheriff's Office tip line if you have any information on Parris' whereabouts.