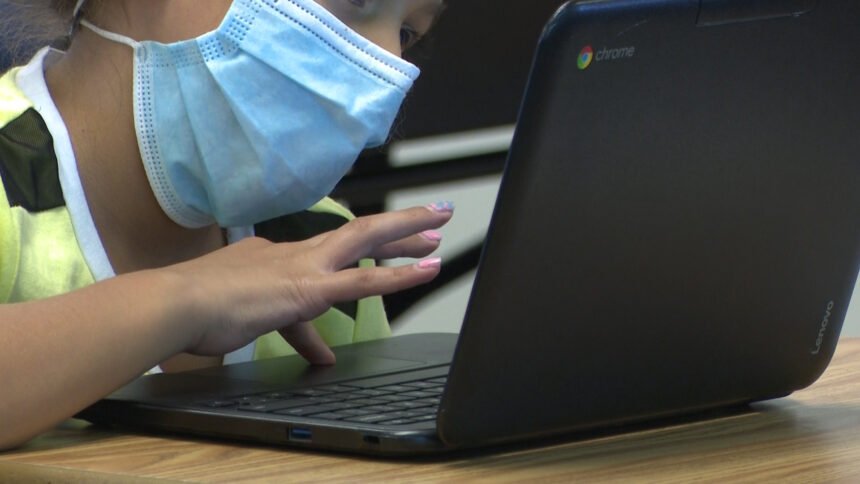 PUEBLO, Colo. (KRDO) -- Classes in Pueblo District 60 might have started two weeks ago, but the district is still dealing with some issues getting internet for students learning from home.

Diana Austin from Pueblo reached out to KRDO News Channel 13 to say her kids don't have access to the internet, and D60 hasn't provided internet hot spots as promised.

“They got their laptops and the chargers but no hotspots," said Austin. "So I called the next morning and asked 'do you have any hotspots? Cause they didn’t bring one home,'" Austin said. But the district didn't have an answer for when the family could expect a hot spot.

Austin says she was told D60 would provide internet hot spots for her two kids. More than two weeks into the school year neither have been able to do homework from home. She says they aren’t alone.

“Several kids go to the same school, live where I live, and none of them have them,” said Austin.

In a statement to KRDO News Channel 13, Pueblo School District says they've been working to provide proper education to all students during the pandemic, no matter the circumstances.

"In just two and a half weeks, D60 has distributed more than 12,500 Chromebooks, 2,500 iPads, and 150 hotspots to support the online learning resources provided to our families. This is a tremendous effort that our school district is proud of. Although we have provided free internet service to the majority of families in need, we have a few that we are still working with to make sure that their students have access to our digital classroom environment," D60 said in a statement.

“Between 12% and 13% of our community don’t have internet or an internet-capable device," said Nick Potter with Pueblo and Pueblo County's Library District.

Pueblo's libraries have lent out around 500 internet hot spots to families in need so far this school year. However, library officials say it’s an uphill battle.

According to a study from Broadbandnow.com, Pueblo County is the tenth most populated county in the state of Colorado. However, in terms of broadband infrastructure, the county ranks 60th.

“I think COVID-19 showed the lack of infrastructure we have for wireless technology and broadband speed," said Potter. "I was hearing stories of people in the community, seniors last year, when COVID-19 hit in March they were finishing up senior papers on a parent's cell phone. Not only were they sharing with a parent, but also with two other siblings.”