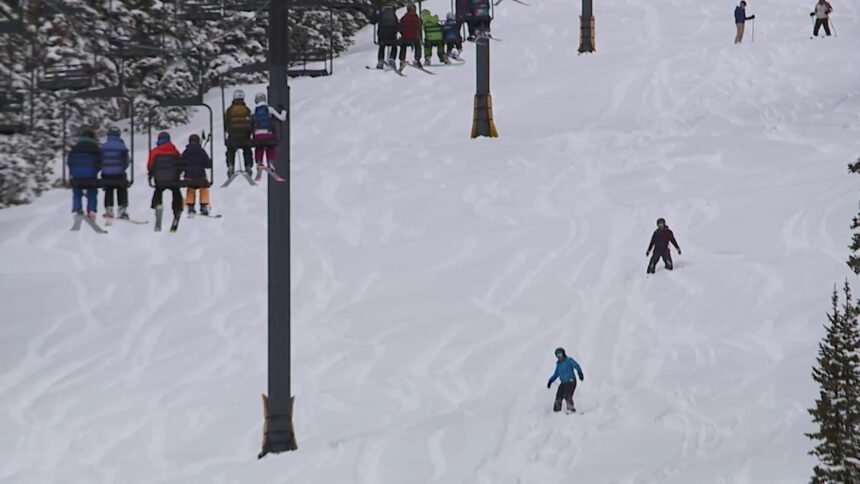 It may only be September - but there's already a chill in the air in Colorado - which means ski season is on the horizon!

Employees at the Monarch Mountain ski resort say season may start as early as November this year.

But like most places - things at the resort will look a lot different - specifically in their lodge and rental center.

Both areas will be operating at 50% capacity.

You can still eat at the lodge - but tables will be on a time limit, and you can no longer bring in your own food.

Starting on January 1st - day ticket sales will also be limited every Saturday and Sunday for the rest of season.

During those peak season times - day tickets must be purchased the day before by 11 p.m.

Employees are anticipating it to be easy for people to space out while in line for the lift - but there are restrictions in place for who can ride together.

Only people from the same household are allowed to sit on the same lift chair.

“Normally we would have single riders pair up together, that’s not going to happen this year. Families of course will ride on chairs together,” says BL Holdinghaus, Vice President of Guest Services at Monarch Mountain. "All of our lift lines are going to have every other lane closed - with signage to encourage social distancing."

Holdinghaus says this is a prime time to be a season pass holder.

As of now - they do not need to pre-book before visiting the mountain.

This ski season is expected to bring a lot less visitors from out of state.

Holdinghaus says they are not expecting to get anywhere near that this year.

Opening day on Monarch Mountain will be announced within a week of its opening, which is usually around the end of November, beginning of December.