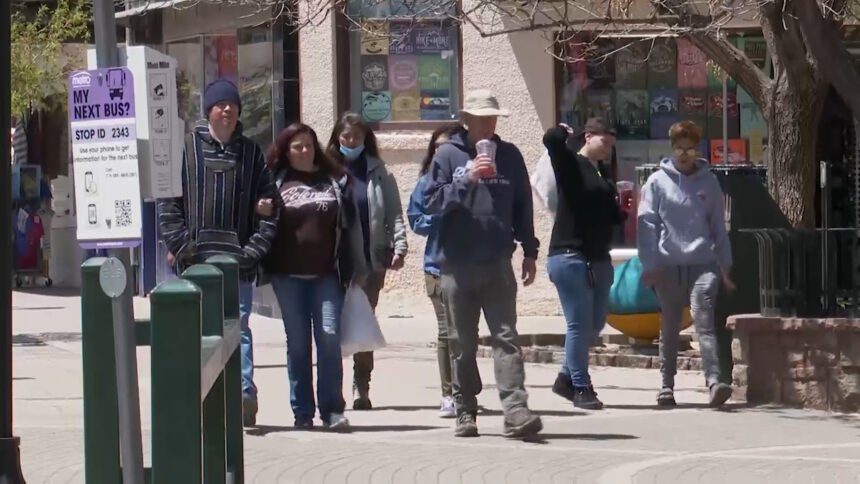 COLORADO SPRINGS, Colo. (KRDO) -- Tourism this summer was expected to take a steep drop in the Pikes Peak region due to the pandemic, but it appears Colorado Springs is fairing better than other cities across the country.

While the final summer tourism numbers are still being calculated, Mayor John Suthers says the best way to gauge it so far is to look at how many people have traveled up Pikes Peak.

"As of today we are down 23 percent for the year but July 4th weekend we were down about 35 percent," Suthers said.

That's way better than what was originally projected, but it's nowhere close to what we usually see this time of year. The pandemic has also lead to several cancellations of major events that the city depends on.

Suthers says, "Our convention business is almost non-existent." The yearly Space Symposium held at the Broadmoor which typically brings in 14,000 people from around the world, canceled until next year.

The Pikes Peak International Hill Climb will have no fans, which means no Fan Fest downtown and fewer international race crews spending big at local restaurants and hotels.

"That's a big big part of summer business as well as year-round business," Suthers said. "It could present a pretty serious problem for 2021."

However, on a national level, Olympic City is at the top when it comes to tourism.

"We have the highest hotel-motel occupancy of any city in the country for August so far," says the mayor, adding that the news should be taken with a grain of salt. "The bad news is the rest of the cities in the country are doing really badly and we are still doing less business than we normally do."

City officials still have some ideas on what can be done to soften the budget shortfall. One of the solutions will be on the November ballot when the city asks voters if it can keep excess tax revenue under TABOR in order to make up some losses.