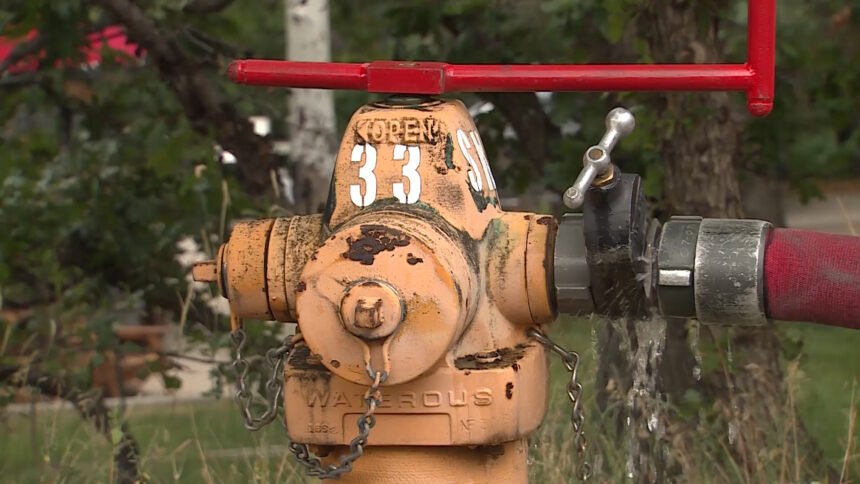 COLORADO SPRINGS, Colo. (KRDO) -- When Colorado Springs firefighters arrived at a structure fire that took the life of one person, they ran into an issue with a fire hydrant.

"We're having terrible water pressure off of these hydrants over here; we're going to try to do what we can to get as much water out of this as possible," said one of the crew members through radio scanners.

One person was found dead inside the duplex Tuesday night in Old Colorado City after it caught fire. The cause of the fire is currently being investigated.

Fire officials said the hydrant did not impact their response to the blaze. Captain Mike Smaldino with the Colorado Springs Fire Department said it's very rare to come across this issue.

When they do have an issue with a fire hydrant, Smaldino said they contact Colorado Springs Utilities, "They show up on scene right away so if we do have a problem with a hydrant if they can fix it really quick they can." If it cannot be repaired quickly firefighters have to find another hydrant.

Steve Berry with CSU says there are 16,000 fire hydrants all over Colorado Springs so finding another hydrant usually isn't a problem. But what is a problem, is when people park in front of the hydrants. Smaldino warns if that happens they will do whatever it takes to get to it.

CSFD did notify CSU about the pressure issues they faced with the hydrants. According to Berry non-critical hydrants must be inspected every three to five years.