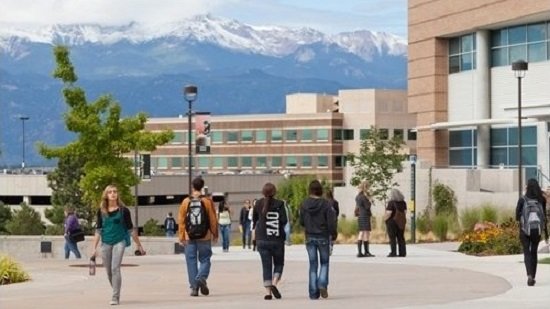 COLORADO SPRINGS, Colo. (KRDO) — Students are back on the University of Colorado at Colorado Springs campus two weeks before the start of the semester. They're checking out their classes, getting ID badges, and graduating from the last rounds of orientation.

“Today, I mean this is the first day we’re going to see campus operating as we expect to see it with classes operating in two weeks,” Jared Verner, the director of communications for UCCS said.

Though some schools have made party prevention part of their COVID-19 orientation, Verner says it’s not necessary here.

“We don’t have that culture as other schools do,” he said. “Our students are pretty — to the grindstone, get their work done. So while we do have some of that, it’s not to the extent other schools do.”

Dining halls also won’t be as extreme as some other schools have reported, with some opting for takeout only. Verner says fewer students will be able to sit at each dining table, but they can eat with a few friends. A dining reservation system is in place, but it won’t be used unless it's necessary.

Verner says the school’s apartment-style dorms will help prevent the spread of COVID-19 on campus. Many students will have their own room. If two students have to share a dorm, it will be a space designed for three people to share. Some student housing is also set aside for students to quarantine if they test positive.

Some lectures will be held in-person. Others will be remote. The freshmen that KRDO met Monday seemed to want to skip past the remote learning chapter of their college career.

“I’m not too happy about that part. I’d prefer it all be in person,” Aspasia Baganes said. “That was the goal. That was what I was mostly looking forward to, but hopefully it will go back to normal soon.”

Fellow freshman Meghan Clark was happy to be on campus for orientation.

“I didn’t really want to do online,” Clark said. “I know they have to take precautions and everything, but it’s nice to be here.”

The spokesperson for UCCS says enrollment is down 6% compared to last school year. That’s an improvement from the 22% decrease in enrollment in May. Graduate school enrollment is actually up 8%. Verner says people seeking higher education is common during an economic downturn.