COLORADO SPRINGS, Colo. (KRDO) -- Wednesday's hailstorm will end up being bad for owners of damaged vehicles, but good for repair shops that will get extra work as many businesses continue recovering from the COVID-19 pandemic.

A series of hailstorms two summers ago caused widespread vehicle damage in south Colorado Springs, Security-Widefield and Fountain. Cracked or shattered windshields and dents resulted in many vehicles being totaled by insurance companies, and waits of up to a year or more for repairs at body shops and auto glass shops.

Wednesday's storm had a much smaller impact but drivers are still starting the process of filing insurance claims and scheduling repair work.

KRDO NewsChannel 13 spoke with two vehicle owners who have dents and cracked windshields. Those owners said they have paid off their vehicles and likely will pay for new windshields to avoid filing an insurance claim.

One of those owners said he also had the same amount of damage to his car after the 2018 hailstorm.

"That one got me while I was eating at Burger King," said Albert Bustillos. "This time, I was working out at the gym when I heard hail hitting the roof. I'm going to be getting a new car in a few months anyway, so I don't want to put too much money into this one."

The other owner, Sequoia Cervone-Buzzella, said she recently moved here from Florida and had heard that hailstorms could be an issue.

"I'm surprised at how much damage there is," she said. "I'm emotionally attached to this car. I hope I don't have to get rid of it."

A spokesman at one local body repair shop said the crunch of increased repair work won't start for another week or two.

"We're getting calls but we're referring them to their insurance companies," he said. "They'll probably go to disaster centers and file claims first."

Some repair shops said they're already backed up a week from the demand for work orders. 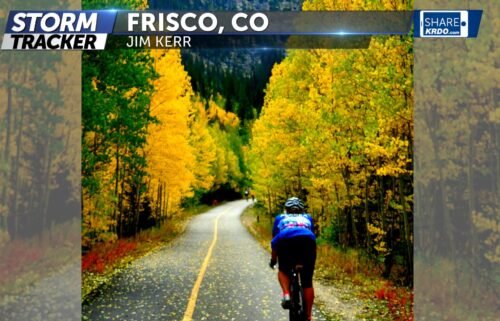