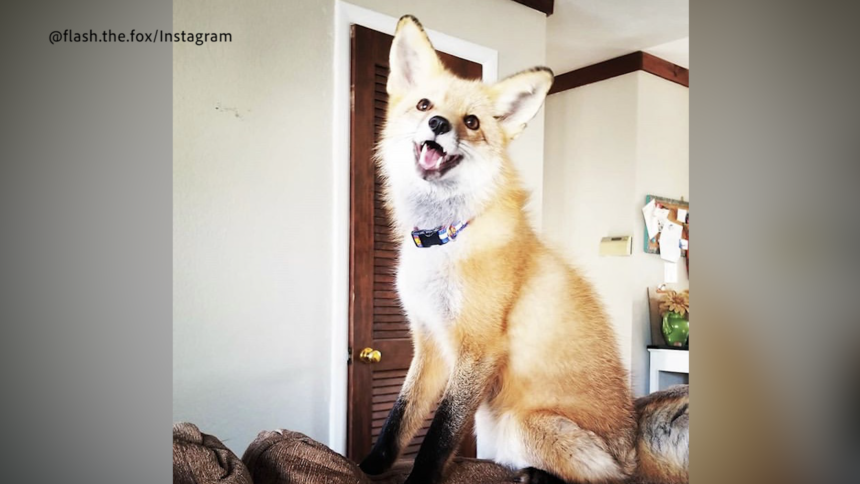 COLORADO SPRINGS, Colo. (KRDO) - A Colorado Springs woman told KRDO she is heartbroken after Colorado Parks and Wildlife confiscated a wild fox from her and euthanized it.

"My baby boy was taken and killed," Ashley Yeager told KRDO in an email.

According to a press release, officials had to euthanize the fox because it had been in captivity for two years. Wildlife officers determined it would not be able to survive if released back into the wild.

Yeager told KRDO she knew of a sanctuary that would take the fox she named "Flash."

CPW explained to KRDO on Monday why it didn't take the fox to an animal sanctuary, in response to Yeager's email to our station.

"Fox can carry diseases like rabies and canine distemper. Unfortunately, the only way to test for rabies requires euthanizing the animal. So we had no choice, given our first obligation is to protect human health and safety," a new CPW statement reads.

Yeager said the fox was given to her by a friend when he was close to death. She said when her friend found the animal, all of his siblings were dead and the mom had either abandoned them or was also dead.

"We called CPW then and asked what to do. They said let nature take its
course," she explained.

But Yeager hoped she could help the fox survive.

"I knew a lot about foxes and I knew I could rescue this little one. So, I did!" she said. "I am not a bad person who just takes animals because I feel like it."

CPW reported the fox had been in Yeager's custody for at least two years since it was a small kit.

Officials said they found the woman through her Instagram page, where she posted dozens of photos and videos of the fox. CPW said some of the images showed the fox in a collar and eating human food.

It is illegal to own wild animals in Colorado, resulting in a misdemeanor punishable by a $100 fine.