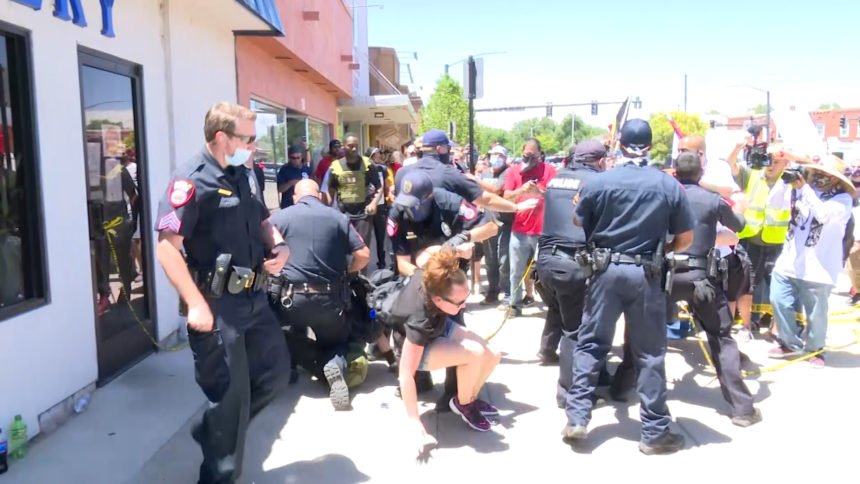 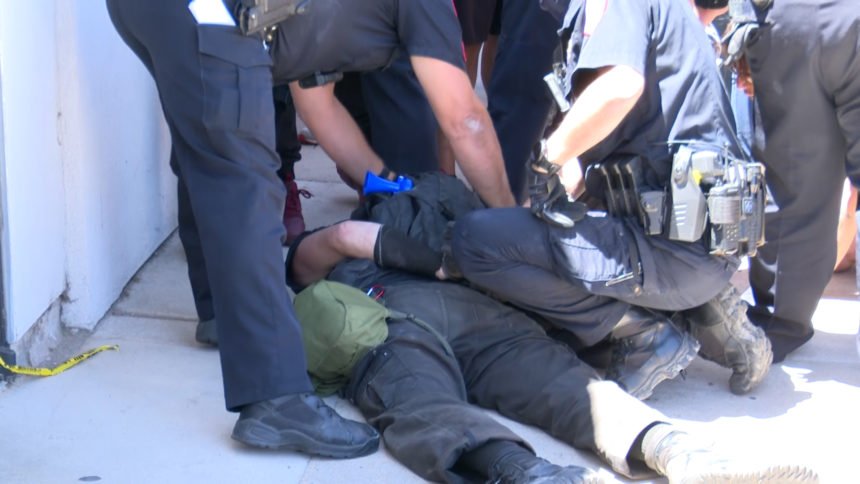 PUEBLO, Colo. (KRDO) -- As a result of Sunday's protest at the Christopher Columbus statue in downtown Pueblo, police confirm two men were arrested and subsequently cited.

The first protester arrested was a 28-year old man from San Antonio, Texas. Pueblo Police say the man was cited for interference and resisting arrest. The second individual taken into custody was a 66-year old Pueblo man who was supporting the statue. He was taken into custody for disorderly conduct.

For the past three Sundays, large crowds have gathered outside near the statue outside of Rawlings Library on Abriendo Avenue. The group "For the People - Pueblo" sponsors the protests against the statue's existence, stating that the statue is racist and is disrespectful to Pueblo's indigenous population.

Protesters vow to gather every Sunday until the statue is removed. Each week, the protesters have been met by counter-protesters who want to see the statue stay, arguing that the statue is a part of America's history.

Police say the two men taken into custody were both attempting to break through police lines set up to keep protesters and counter-protesters back from the statue and each other.

"[The man from San Antonio] was cutting the tape, and he did that several times, at least three times," said Sgt. Franklyn Ortega with the Pueblo Police Department. "Why was he cutting the tape. What he wanted to do was reduce that gap between the protesters and create more problems.”

Pueblo Police tell KRDO there was a disturbance near the statue before police even arrived on Sunday morning. Some of the individuals involved in that disturbance were armed with weapons, police said.

Ortega says the department is already preparing for another round of protests next week, and are working to make it safer for those involved. Pueblo Police say they believe, based on intel, that groups will be coming in from out of town next Sunday to use the protests as an opportunity to cause trouble.

On Sunday, Pueblo Police taped off all of the eastbound lanes on Abriendo to make room for the protests. Several officers were at the statue all day.

“Twenty-four police officers involved with that for 8 hours, and the street was closed," said Pueblo Mayor Nick Gradisar. "I don’t think much was accomplished by both sides being there.”

Gradisar says now is the time for open dialogue with all parties involved as well as Pueblo's City Council members. Last week the Mayor sat down with several protesters in favor of removing the statue.

“One of the things that he suggested was moving it down the street to where it wouldn’t be on public property but still in public view," said Tziavii Stevens, one of the protesters that sat down with Pueblo's Mayor last week. "We were not for this.”

Stevens tells KRDO she believes the statue shouldn't be forgotten, but the controversial historical figure shouldn't be honored either.

“What we negotiated with the Mayor was moving it to a museum to take away the tension," said Stevens. It’s in a setting where we can educate our children and tell them the man that he was.”