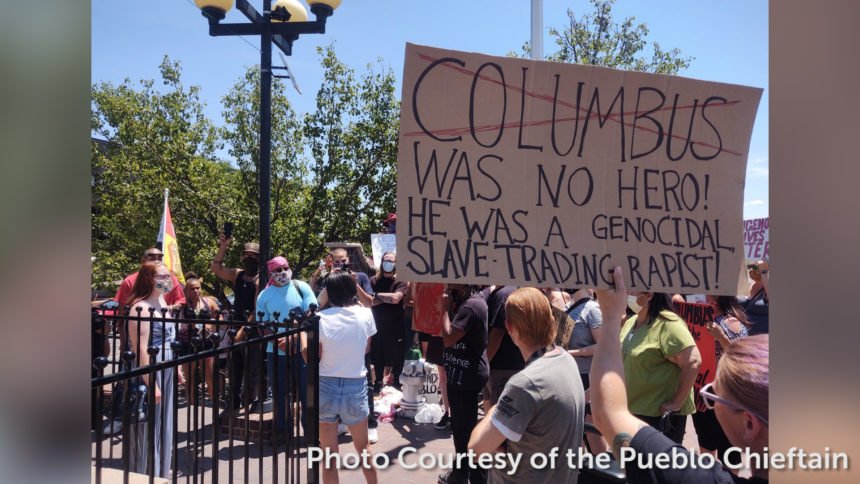 PUEBLO, Colo. (KRDO) -- Protests in Pueblo will pick up Sunday, July 5th in opposition to the Christopher Columbus Statue on Abriendo Avenue in front of the Rawling Library in Pueblo.

According to the group For The People - Pueblo, protests will arise at the Columbus Statue in Pueblo every Sunday until the statue is removed.

"Part of our mission is to support the decolonization of our communities," said For The People - Pueblo in a statement to KRDO. "In service of this mission, we are sponsoring these weekly protests. The goal of the protests is to not only have the statue removed but to provide a platform for oppressed groups within southern Colorado."

KRDO NewsChannel 13 is reaching out to the Pueblo Police Department to see what security plan may be in place for Sunday's protests.