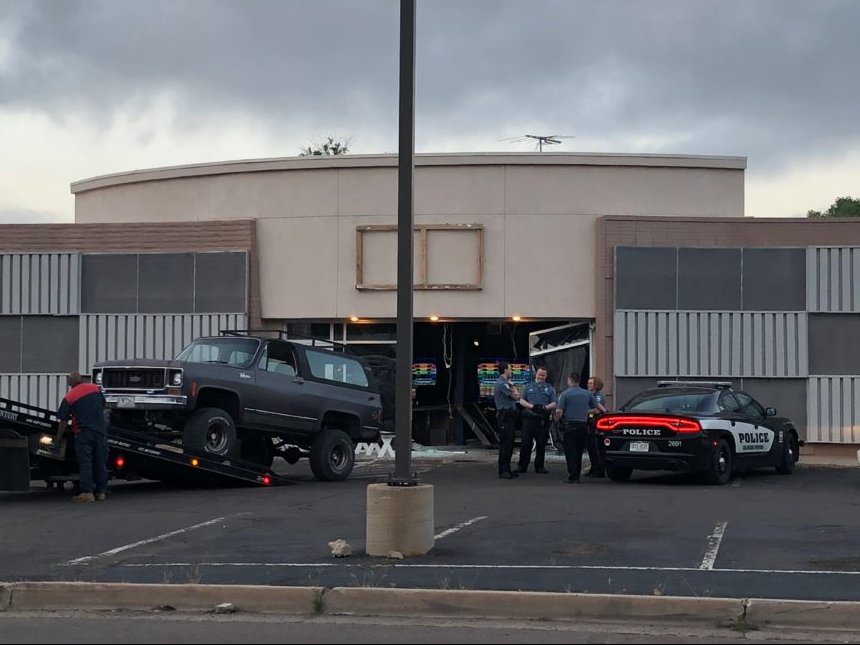 COLORADO SPRINGS, Colo. (KRDO) — Police are investigating a break-in off Tejon St. and Mill St. at a video gaming facility called Oasis at the Pond. Police say they may be looking for a man and a woman who ran their vehicle into the building to break the glass walls and gain access to the ATM.

After the glass was shattered the suspects attempted to pull the ATM from the building by wrapping a chain around it, and yanking it out with their SUV.

The ATM triggered an alarm at 4:26 a.m., and police responded to the scene at 4:32 a.m. The suspects' vehicle is identified as a gray Chevy Blazer.

Police arrived on scene with their canine unit, anticipating that the suspects could be nearby. The suspects were not found by police, and the investigation is ongoing.