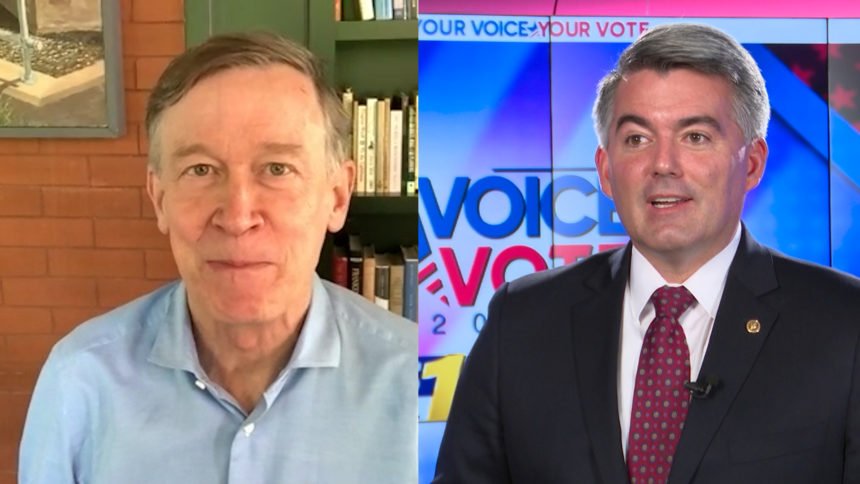 COLORADO SPRINGS, Colo. (KRDO) -- Two political heavyweights will be going head to head in November for one of Colorado's seats in the US Senate.

“The thing that I was proudest of was that we won every county except one," Hickenlooper says.

Hickenlooper says this upcoming race will be the toughest one he's mounted so far. "Cory Gardner is very skilled and he is going to find those positions that allow him to kind of navigate towards the middle or at least create that appearance," Hickenlooper says.

Despite being called the most vulnerable Republican in the nation after Colorado's 2018 election, Gardner told us in February that he doesn't believe we are as blue as people believe. "Look at 2018, massive tax increases were defeated across the state, an attack on TABOR was defeated in Colorado. That's not a state that has gone blue," Gardner says.

Political analyst Josh Dunn agrees Gardner will be a tough opponent for Hickenlooper, saying, “I think that if anyone were going to give Hickenlooper a run for his money in this campaign it would be someone like Senator Gardner.”

Dunn says Hickenlooper is still the front runner at this time. Dunn believes in order for Gardner to win, he will have to go on the attack. Hickenlooper is also vulnerable after an ethics committee ruled he violated the Colorado Constitution for inappropriately accepting gifts as governor.

That's something Hickenlooper is anticipating, saying, "If you can't run on your record what do you do? You attack your opponent no matter what."

Dunn also says President Donald Trump's polling in Colorado could also impact Gardner's re-election. “I think that in order for Gardner to have a chance, you are going to have to see President Trump actually significantly improve his performance in Colorado otherwise you are just going to risk dragging down the ticket on the Republican side all the way down,” Dunn says.