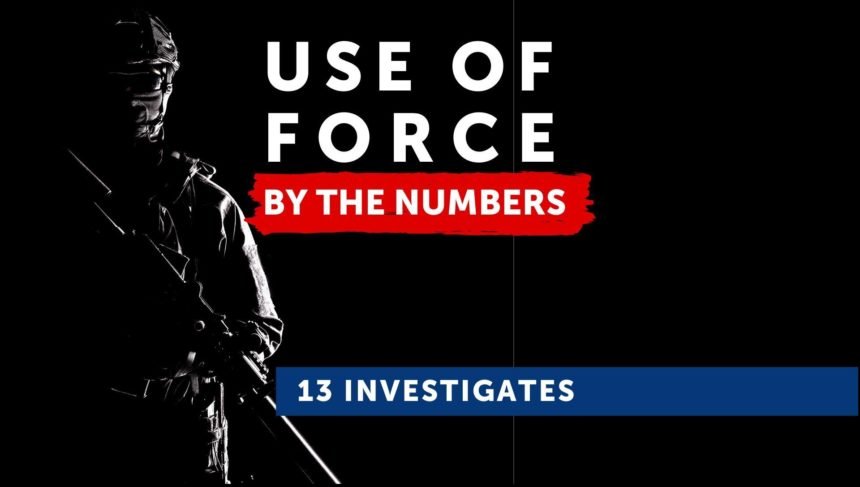 A majority of law enforcement agencies in Colorado did not submit the required data. KRDO found that only 27% of agencies responded to CDPS request for information.

KRDO found that from 2016 to 2019, the Pueblo Police Department accounted for 6.2% of officer-involved shootings in the state. Colorado Springs Police Department accounted for 10% of police shootings in the same time period. However, Colorado Springs' population is over four times higher than Pueblo, which means Pueblo has a higher number of officer-involved shootings per capita.

"We're realistic. We have a crime rate in Pueblo that we need to continue to work on," Pueblo PD Chief Troy Davenport said.

Chief Davenport said his department has lowered Pueblo's crime rate by more than 20% in the last two years but officer-involved shootings were higher in those two years than in previous years, according to state data.

"It seems to me after being in law enforcement for 31 years, that in the last 5 to 10 years more weapons violations, more shots fired than ever before," Davenport said.

Davenport said police officers are trained to react based on behavior.

"If somebody has a weapon and they're in a position where they could put an officer in fear of serious bodily injury or death, or a third party, the officer need not wait. They could pay the ultimate price if they do," Davenport explained.

The Pueblo PD chief points to state parole legislation and the design of how the parole division releases inmates from prison as a potential explanation on the rate of officer-involved shootings.

"Our study indicates that at current about 42% of those were on parole at the time. And 74% were on parole or probation at some point in their lifetime," Davenport said.

According to state data, the Colorado Springs Police Department had 19 officer-involved shootings from 2016 to 2019, accounting for 10% of police shootings in the state.

"As far as the numbers go, we are the second-largest city in Colorado. And I would expect that our numbers would be up there, but I think our numbers are lower than some other cities," Colorado Springs Police Chief Vince Niski said.

Niski said the data isn't necessarily a true reflection of Colorado police shootings. The data does not include information about 73% of police agencies in the state because they did not submit the required information. There is a law that mandates law enforcement to compile the data and send it to the Colorado Department of Public Safety, however, KRDO found there is no enforcement mechanism in place to include penalties for agencies that do not follow the law.

Chief Niski is hopeful more agencies will submit their information.

"And then you can compare departments fairly across the state rather than comparing me to somebody else that maybe didn't turn in any data," Niski said.

Both Niski and Davenport stress that they are not the lead investigative agency when one of their officers is involved in a shooting. Generally, an outside agency like a local sheriff's office and district attorney investigate police shootings.

Both chiefs told KRDO they are not aware of any officer in their departments being fired for an unjustified shooting in the last decade.

Niski says lessons have been learned from the recent protests against police brutality.

"We have not really done a good job educating the community about what we do. I take full responsibility for that," Niski said. "I think with the creation of the accountability committee or board hopefully we can get the information out there. We're already working on getting data out to the community, our policies out to the community so they understand us better."

Both Pueblo PD and Colorado Springs PD are facing different civil lawsuits in cases where officers shot and killed a person. In both cases, the shootings were ruled as justified by district attorney's offices.